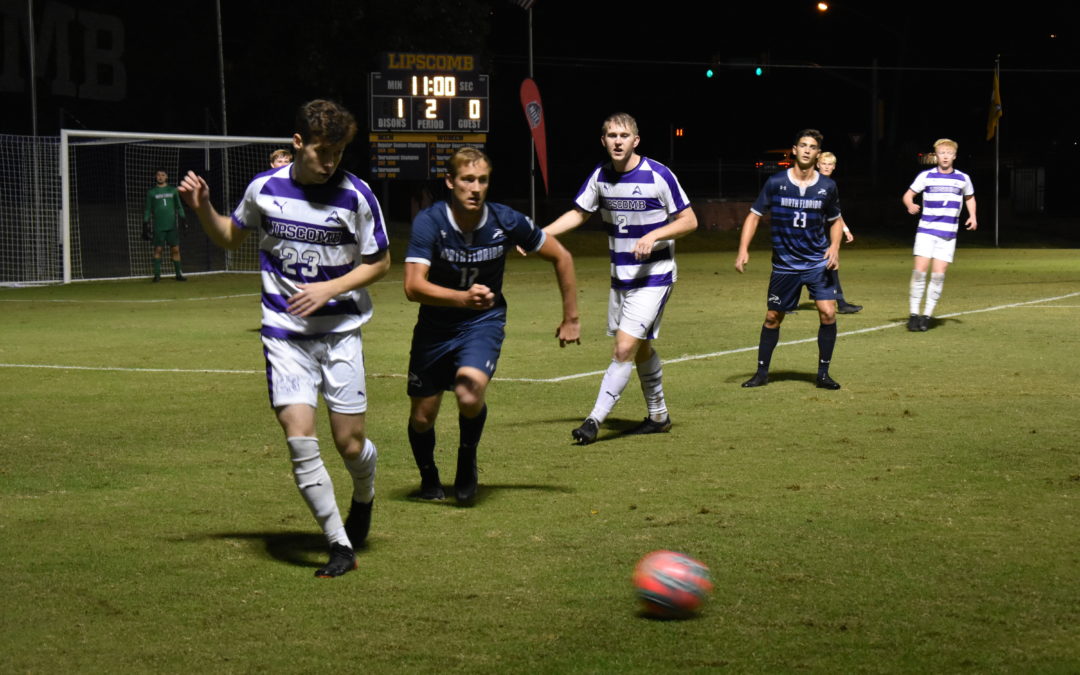 Tonight’s game was a story of two penalties but resulted in a 1-0 win for the Bisons against the North Florida Ospreys.

Despite the muddy field from the day full of rainy weather, the Bisons played their hardest, pulled out a solid win and gained a spot in the ASUN Tournament. Head Coach Charles Morrow said he is “just really proud of the group and the team tonight.”

The first penalty came as Lipscomb junior forward Javier Leija was fouled in the box, allowing senior midfielder Ben Locke to score the first and only goal of the game in the 21st minute off of the penalty kick.

The Bisons entered the second half with a 1-0 lead which would remain the same throughout the rest of the game.

The second penalty came in the 69th minute from UNF’s senior midfielder Taylor Martin, but the penalty kick was blocked by redshirt-junior goal keeper Luke Wilson. Wilson then blocked a second shot directly after the penalty save and totaled out with five saves during the game, 16 on the season.

This win allowed the Bisons to clinch a spot in the ASUN tournament for the 13th consecutive season. The Bisons have won the tournament two years in a row.

The Bisons will play at Liberty on November 2nd. Liberty also won tonight 1-0 against Jacksonville tonight. With the win, Liberty will remain in contention for a spot in the ASUN Conference Soccer Championship.

“Experience is just really important,” said Morrow, “beyond experience, it’s these guys understanding that you don’t win and lose the season on one game, that the whole season has got to be looked at as a process, and as long as you can look at it that way and see the positives that happen in each practice and build on those that help out.”