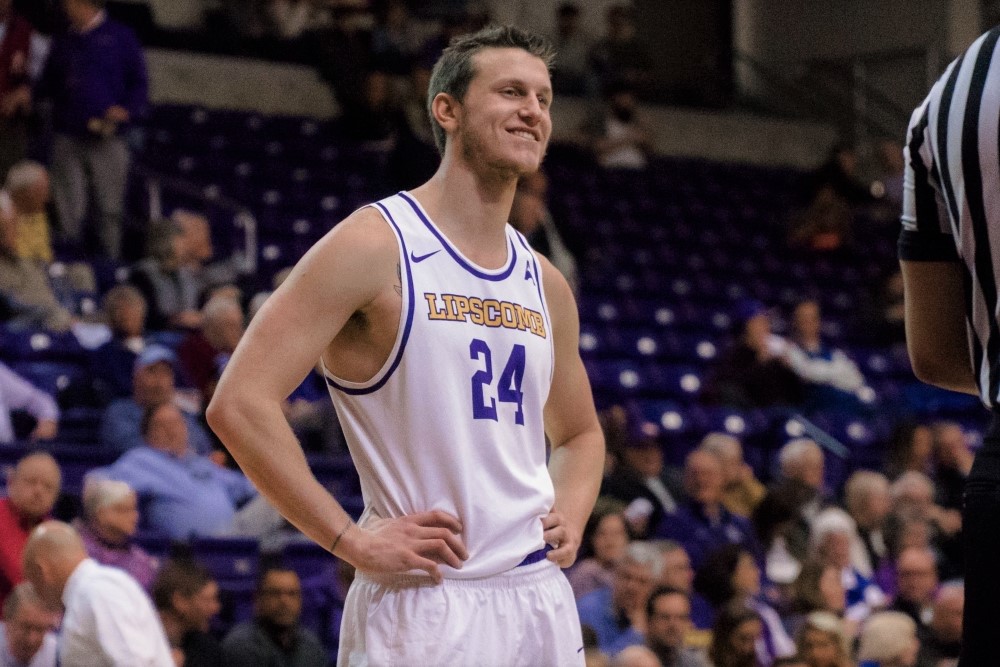 Lipscomb senior Garrison Mathews has accepted an invite to the Portsmouth Invitational Tournament, a four-day showcase in front of NBA scouts.

“It’s well-deserved,” Alexander said. “That’s the opportunity that will lead to his professional career and what kind of looks that he gets.”

Mathews finished the season averaging 20.8 points and 5.5 rebounds per game. He earned ASUN Player of the Year Honors and broke the school’s Division I scoring record with 2,480 career points.

The Portsmouth (Va.) Invitational was established in 1953 to allow the nation’s 64 best college seniors a chance to showcase their skills in a 12-game tournament. All 30 NBA teams will have representatives at the tournament, which is slated for April 17-20 at the Churchland High School Sports Complex.

Mathews is not currently listed in any NBA mock drafts. But he averaged 26 points per game in the NIT and likely turned heads with his 44-point outing at NC State and his 34-point performance against Wichita State in Madison Square Garden.

“You go back-to-back games against NC State and Wichita State with 78 [combined] points…I think he probably got some people’s attention,” Alexander said.

Only two Lipscomb players have ever been selected in the NBA Draft, and both came when the draft had more rounds. The 2019 draft consists of just two rounds and 60 overall picks.

No former Bisons have ever appeared in an NBA game, so Mathews has a chance to become the first.

Ron Rippitoe became the school’s first player selected in the draft when the Atlanta Hawks took him in the 10th round in 1971. John Kimbrell was later drafted by the Milwaukee Bucks in the sixth round in 1986.

Forward Darren Henrie nearly made the Atlanta Hawks as an undrafted free agent in 1992, but he was passed over for Mookie Blaylock, who went on to be an all-star in 1994.