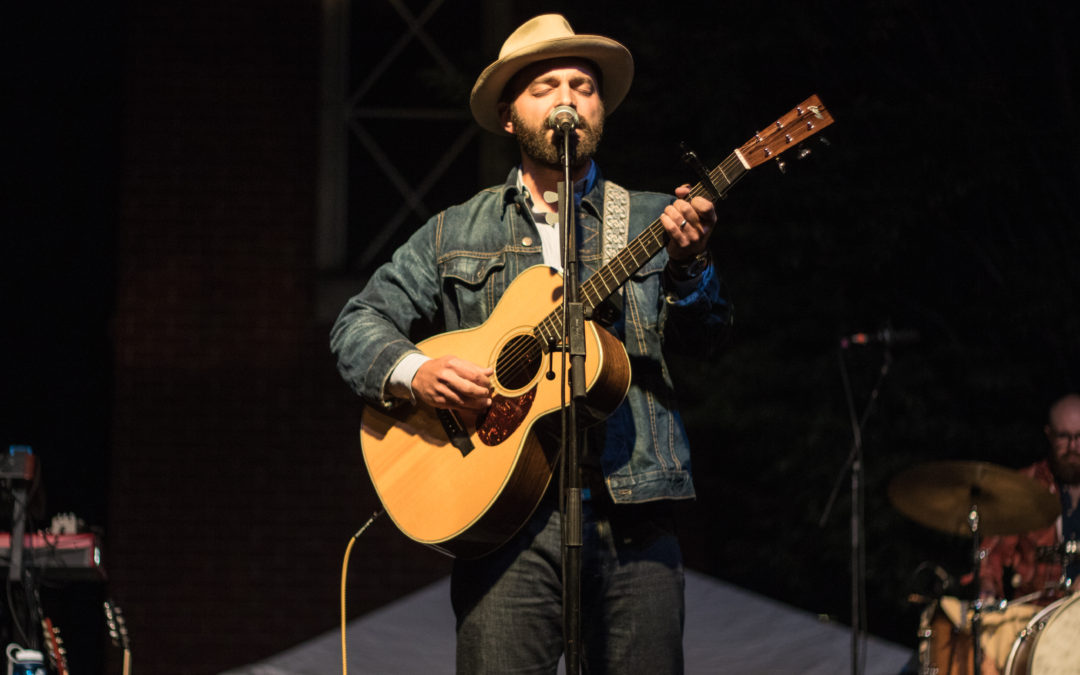 A crowd slowly gathered on the lawn behind Lipscomb’s bell tower Friday night. The overcast skies and slight rainfall pushed the starting time of the Drew Holcomb and the Neighbors concert from 5:30 p.m. to 6:00 p.m.

Lipscomb students, parents and alumni donned their raincoats and sat on blankets to hear the opening performance by Lipscomb’s own The Arcadian Wild, comprised of alumnus Lincoln Mick and seniors Sarah Wood and Isaac Horn.

The folk band played some of its’ more popular songs, coincidentally including “Rain Clouds,” which has over 100,000 plays on Spotify.

“The band certainly lifted the spirits of the audience,” sophomore Hannah Kraebel said. “It started off as a very gray evening, but Sarah Wood brings light every time she performs.”

Following the first act was the three brothers, John Blake, Grant and Hudson Parker, who make up the band Brother Parker. John Blake and Grant attend Lipscomb as a senior and a sophomore, respectively. Hudson is a senior at Lipscomb Academy.

As the siblings played, the bad weather receded, and more audience members joined on the lawn.

A few songs later, americana artist Drew Holcomb and his band, Drew Holcomb And The Neighbors, stood on the stage and performed for an eager crowd.

Some of the more excited spectators were members of the contemporary music department on campus. Among these students was sophomore Zach Daves, of Daves Highway.

“The guitar player was fantastic,” he said. “His tone and the way he played was absolutely top notch.”

Not only was the band’s technique showcased, but Holcomb also showed his sensitive side when he stood alone and played a song he wrote about his daughter.

After the finale song, student body president Jackson Smith thanked SGA and the bands for helping the night come to life. Smith said he hopes the university can continue to host events like this in the future.

The next musical showcase on campus will be the Commercial Guitar Concert on Oct. 6th, featuring Daves and other contemporary music students. The concert will be in Shamblin Theatre at 7:30 p.m.