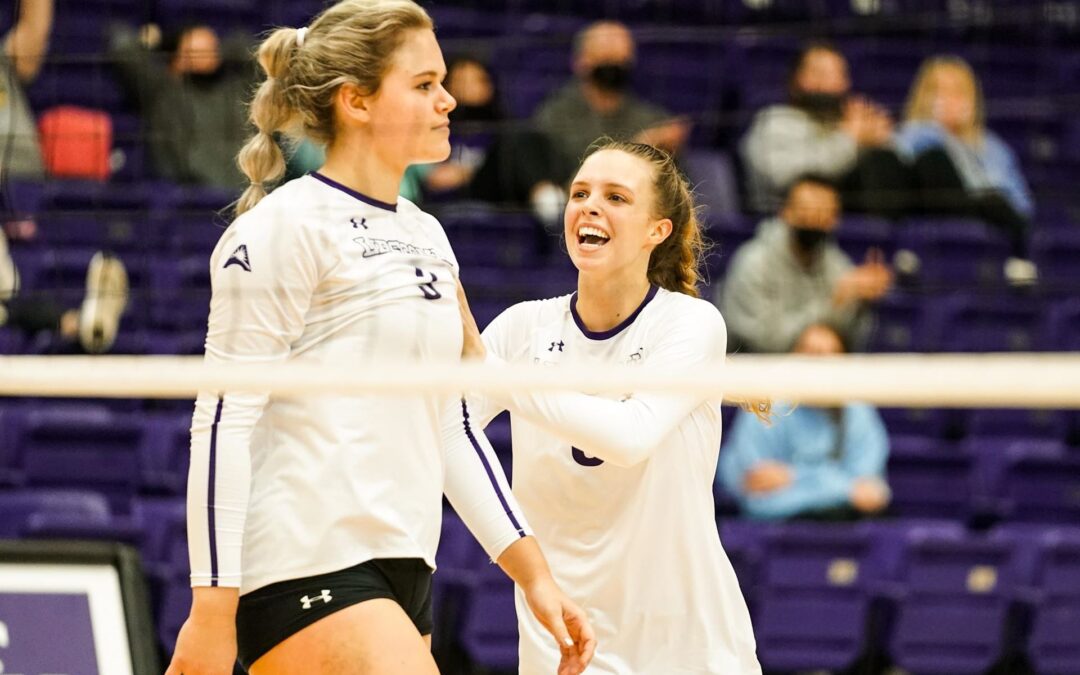 After splitting midweek games with UNA on Monday and Tuesday, the Lady Bisons came into Allen Arena Friday night ready to defend their home court, and they did just that completing two 3-0 sweeps on Friday and Saturday night.

Friday night, the Knights got the first point and kept the first set close exchanging a couple of leads with the Bisons before ultimately falling 25-20. In sets two and three, Lipscomb took control of the match, winning each set by nearly 10 points.

Senior outside hitter Megan Kuper led the way in kills for the Bisons finishing the night with 14 kills and a block. Helping out Kuper was freshman Kamryn Bacus, who added 12 kills to the total for the night. Defensively, senior libero Alyssa Zwolensky had a season-high 26 digs.

Bellarmine relied on senior middle blocker Izzie Salameh who tallied 8 kills for the Knights. However, Bellarmine was without their star sophomore Hannah Brown who has averaged 2.45 kills/set for the Knights, as she went down with an injury in the first set. On her shortened evening, Brown had 3 kills.

Saturday evening was much the same story for both sides as Lipscomb completed the second sweep of the weekend. Bacus continued her hot streak adding 14 kills and two service aces to her Friday night total, but another new star emerged for the Bisons as middle blocker and fellow freshman Meg Mersman finished with 11 kills, a 0.625 attack percentage, and three blocks.

For the Knights, they came out much more aggressive Saturday night and capitalized on an off-night from the senior Kuper as well as a number of service errors to challenge the Bisons in each of the three sets. Lipscomb ultimately won sets one and three by decent margins of 25-17 and 25-16, but set two went to extra points where the teams exchanged set points until attack errors and service aces gave the Bisons a 28-26 set two victory.

Sophomore setter Brooke Phillips added to the strong performance of the Bisons. The sophomore, who started in place of freshman setter Delaney Dilfer, who only saw action in a few plays at the end of set 2, finished with 40 assists and several well-place setter dumps.

While Kuper was quiet offensively, the senior led the Bisons defensively with 14 digs on the night.

Bellarmine once again looked to Salameh who got 10 kills for the match.

The Bisons face UNA again next week in another home-and-home two-game midweek series against the Lions.