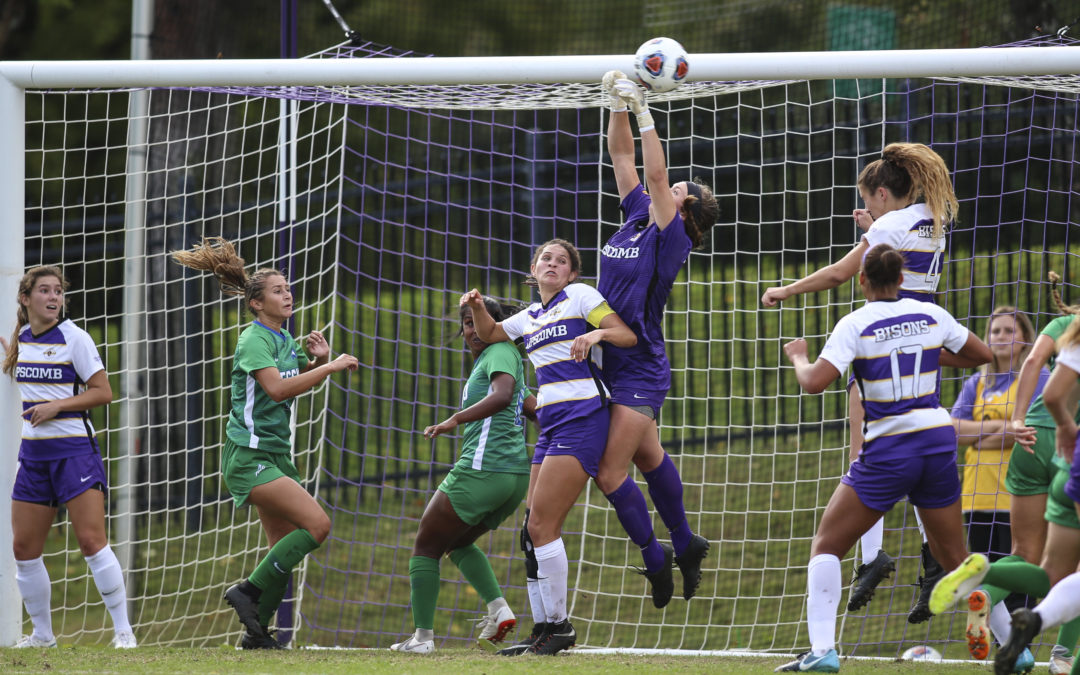 For the last three years, the Lipscomb women’s soccer team advanced to the ASUN title game, only to lose to Florida Gulf Coast on each occasion.

The stakes were similar in Sunday afternoon’s ASUN semifinal in Nashville, but history did not repeat itself.

Lipscomb used a second-half goal from freshman defender Logan McFadden to top the Eagles 1-0 and finally get over the FGCU hump.

“The proverbial monkey is off our back,” Lipscomb coach Kevin O’Brien said. “They’ve ended our season for three years running. To be able to end theirs feels better than walking home with our heads hanging low.”

The Bisons (13-4-2) will host North Alabama for the ASUN championship next Saturday, November 9. However, Lipscomb has already clinched its first-ever bid to the NCAA tournament because North Alabama is not eligible for the postseason in its first year as an NCAA Division I school.

FGCU (13-4-3) dominated much of the first half and had most of the game’s scoring chances. McFadden and the Lipscomb back line of Justis Bailey, Dominique Diller and Audrey Ann Beck held strong as the Eagles fired 13 total shots and seven on target.

But the game-defining moment came in the 70th minute after Maycie McKay won the ball off an FGCU corner kick. McKay then slid a pass to McFadden, who raced upfield and caught FGCU goalie Melissa Weck out of the net.

Defensive Player of the Year Logan McFadden takes matters into her own hands and goes coast to coast! 1-0 @LipscombWSOC #ASUNWSOC pic.twitter.com/dBPsbHPHxf

“It was literally coast to coast,” O’Brien said of the goal. “[McFadden] went from our 18, where we won their set piece, to the other 18. If you timed it, I don’t know what it was, but it felt like four or five seconds and she was there.”

McFadden scored three goals on headers earlier in the season. This time, defending a corner turned into a tally on the other end.

“Anything can happen on corners,” McFadden said. “Even though it’s a bad thing defensively, it makes for a better transition. You just have to be on top of it 100 percent of the time.”

Lipscomb senior goalie Kate Mason made seven saves in what was her eighth clean sheet of the season. She also preserved the 1-0 lead by making a diving save on a free kick from FGCU’s Marjorie Boilesen late in the game.

“[She’s] tough as nails…steady Eddy,” O’Brien said of Mason. “That’s why she was [ASUN] Goalkeeper of the Year. The way she was able to get down and across the net like she did [on the free kick], that was big-time goalkeeping.”

Kick-off for Saturday’s ASUN championship game is set for 7 p.m. in Nashville.

“We’ll get a little bit of rest and take [Monday] off,” O’Brien said. “It’s a special group of players. To extend our time together for another week is great for me as a coach.”