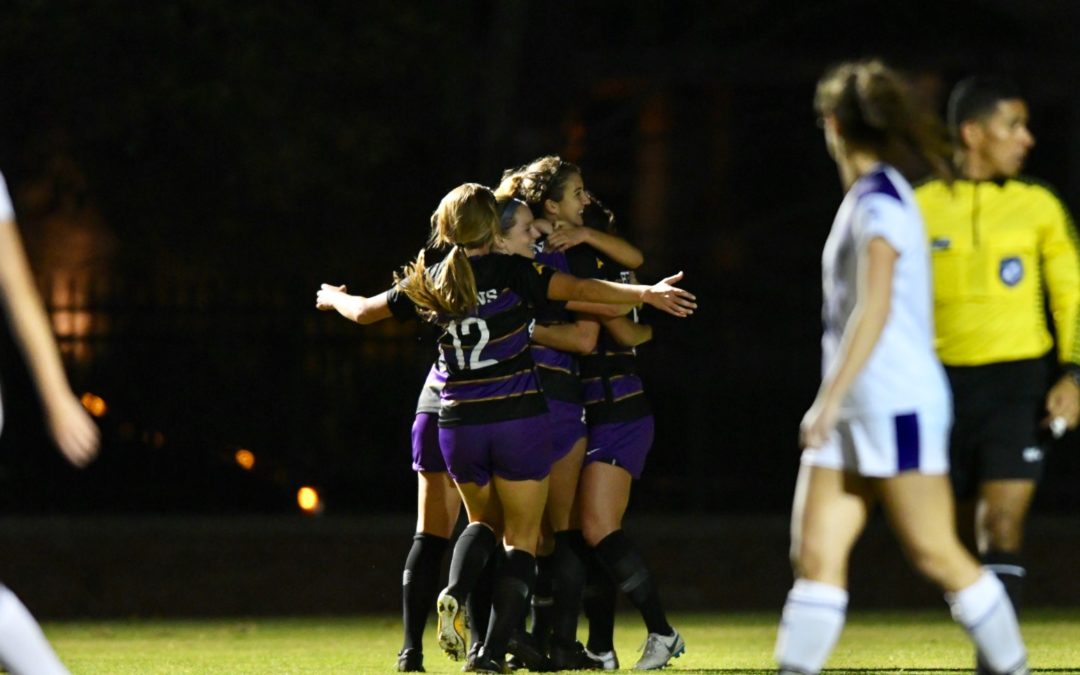 “During the World Cup, it was exciting to see people who don’t play soccer be so engaged and supportive of this women’s team,” said Logan McFadden, a sophomore defender.

And it wasn’t just the excitement of the fans, “hearing sports broadcasters and newspeople talk about the change and popularity they have brought” adds to the thrill, she said.

Of course, when a team is expected to win, things could backfire quickly if the women had lost, according to McFadden.

“All that hype and stardom they had received would have turned against them.”

The pressure didn’t slow down the U.S. women, she added. “Each game I watched, I saw the amount of fight they had and it was as if they knew the trophy wasn’t going to be handed to them, and the closer they got to the final, the harder they fought. They have proven they are the best and they deserve to be treated like it.

“And now that a ton of more people saw that, there is no denying it.”

And, to her, it’s almost like a Hollywood movie, literally. “I have a movie called ‘The World at Their Feet’ that I used to watch over and over again when I was younger.

“It’s all about how the women’s game has evolved, starting with the likes of Mia Hamm, Michelle Akers, Kristine Lilly, (the ’99ers), etc.”

And, she said, perhaps some of the excitement will rub off on her and other young females.

“Seeing what women’s soccer was like before compared to now, it gives me hope that we will continue to make strides in recognizing female athletes and will get the credit that we deserve.”

And, the Lipscomb women found inspiration in some of the individual performances of the U.S. women.

“My favorite player is Tobin Heath,” said Torbett. “She has always been for as long as I can remember.

“She is the most creative (woman) player I have ever seen. Her ability to see the game is unmatched. Her footwork is sensational.

“She seems totally fine being a playmaker, even though those roles don’t normally get the recognition that (the) goal scorer gets.

“She has also been very outspoken about her faith, which speaks volumes to me,” said Torbett.

“I love watching so many of the players, but I love Tobin’s style,” said senior forward Olivia Doak, speaking of U.S. forward Tobin Heath.

” She’s so creative and just amazing going one versus one.

“I love watching Crystal Dunn and how she uses her athleticism. And I have to mention Julie Ertz and how fearless she is.

“She also uses this platform to share her faith and that is the coolest thing.”

McFadden said that seeing the U.S. women’s success and the women’s attitudes inspires her to love the game and her teammates even more.

“You can see the friendships that connect a team. Joy can come from all aspects of the field,” she said.

“Watching them score amazing goals or combining with teammates that make you want to rewind so you can learn to do it with your teammates, or denying shots and crosses from the other teams’ key players” all offer McFadden examples to follow.

“They make me want to play soccer and evoke the same feeling that I have watching the U.S. team play in the fans that watch our games.”

Lipscomb Women’s soccer begins the 2019-2020 season August 11 against South Alabama, their first home game is August 16 against MTSU. The players said they are ready for the excitement of the World Cup to carry over to their own games and their fans.

“I love how much soccer is growing and evolving around the world and especially on the women’s side,” said Doak.

The U.S. team will be honored Wednesday with a ticker-tape parade through New York City’s “Canyon of Champions,” the historic staging spot for such celebrations.