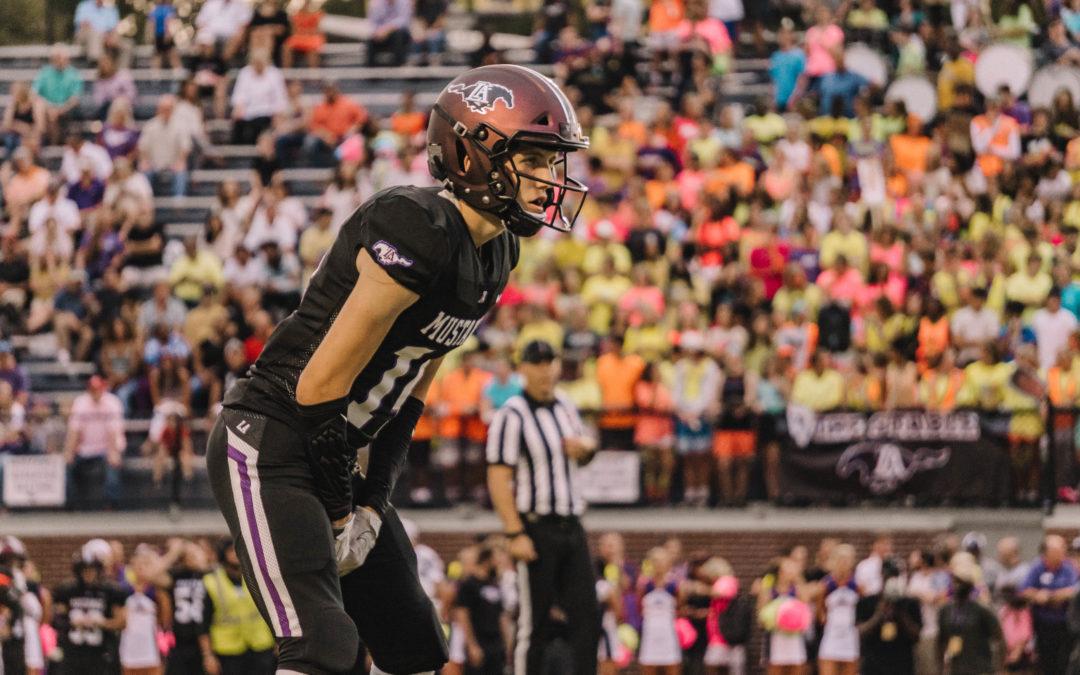 Super Bowl champion quarterback Trent Dilfer — who was under center for the Baltimore Ravens’ 34-7 2001 rout of the New York Giants — kicked off his era as Lipscomb Academy head coach with a 66-8 throttling of the visiting Glencliff Colts.

And a rock star took part in the Friday night party as well.

In January,Dilfer, who also has been an ESPN analyst, inherited a Mustang football team that had won only three games in the last two seasons. For the last seven months, he has poured countless hours into rebuilding a winning culture at Lipscomb Academy.

Dilfer’s additions have included assembling a staff of more than 30 coaches; giving the players new uniforms and top-of-the-line, protective helmets; and increasing and redesigning practices and summer training, but these improvements are not limited to the football team.

In his quest to make Lipscomb the top high school football program, Dilfer has enhanced the fan experience with the all-new Mustang Stampede, which includes a performance on the newly built soundstage next to the baseball field.

All of these changes have brought national attention to the Mustangs, but Friday night it was finally time to see if this Lipscomb team would live up to the hype.

Hundreds of people arrived two hours early for a free concert, which included Lipscomb University alumni, Daves Highway and Mustangs’ coach Patrick Carpenter, and was headlined by nine-time Grammy award-winning artist, Sheryl Crow (“All I Wanna Do,” “If It Makes You Happy,” etc.)

Crow, a long-time Nashville resident, wore a Lipscomb jersey to show her support for the Mustangs and was joined on stage by her son, Wyatt Crow, who attends Lipscomb Academy as a middle schooler.

Following the concert, the crowd moved over to the field as the Mustangs began play for the first time this season.

It only took Lipscomb one play to get on the scoreboard as senior wide receiver Kyle McNamara returned the opening kickoff for a touchdown. By the end of the 1st quarter, the score was 49-0 in favor of the Mustangs.

While Lipscomb’s offense combined for 307 yards, it was the special teams and defense that played the primary role for the Mustangs in both playing time and scoring.

Beginning in the second quarter, the referees allowed the play clock to continuously run, a “mercy rule” measure that keeps schools from continuing to run up the score. In the final three quarters, the Mustangs scored 15, while allowing the Colts to score 8.

The energy and elation from the players, coaches, students, and fans were evident throughout the evening.

The win will help to fuel the Mustangs as they open up league play next week at home against Pope John Paul II High School.

Continue to follow Lumination Network for updates on Mustang Football and come watch next week’s game at Lipscomb Academy’s Football Complex at 7:00 pm.

The gallery below was taken by Mckenzi Harris.