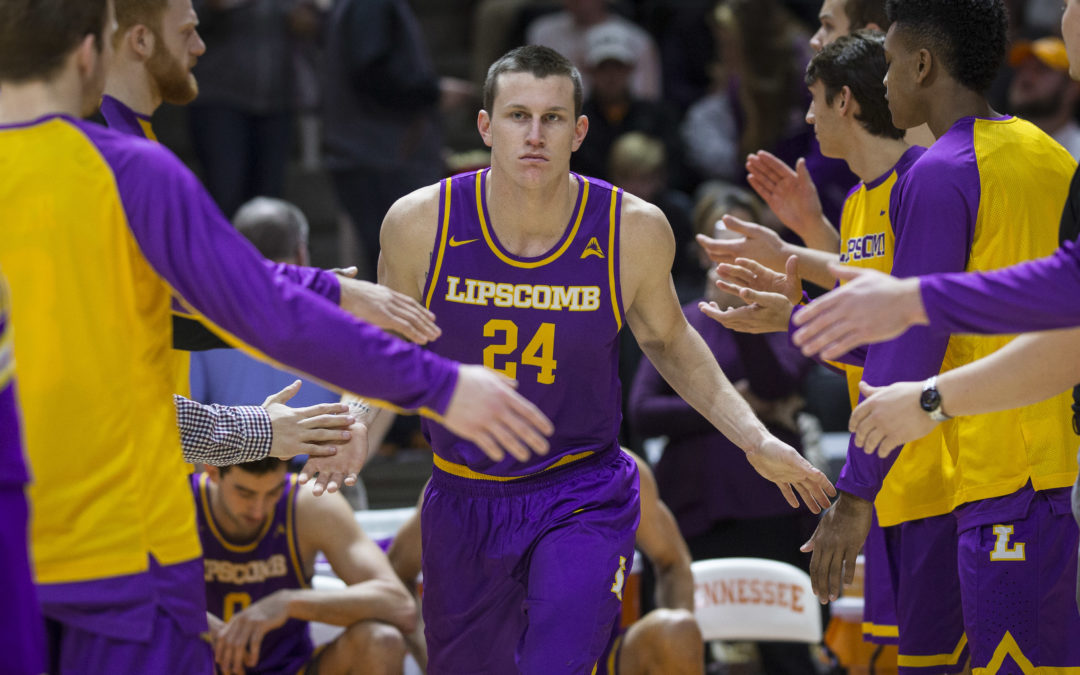 As Lipscomb guard Garrison Mathews goes, so do the Bisons.

The junior currently ranks 12th in the NCAA in scoring with 22.1 points per game and is regarded as one of the best mid-major players in the nation.

But Mathews wasn’t always a sure lock to be a star. He had limited college options coming out of Franklin High School in 2015, touting just four Division I offers from Lipscomb, USC Upstate, UMass Lowell and Austin Peay.

“I took official (visits) to Upstate and Lowell,” Mathews said. “Ultimately, going to (Lipscomb) was the best decision for me. I felt like I fit in with the players here.”

“We had been recruiting somebody else longer, and we told that player we were going to wait for his decision,” Alexander said. “We put Garrison on hold, and it turned out the other guy picked a different school.”

The Bisons then extended an offer to Mathews, who jumped at the chance to play close to home. But one has to wonder: did being the second choice put a chip on his shoulder?

“I guess a little bit,” he said. “I was just excited to get here. It was a blessing to get a Division I offer, because that’s something I dreamed of as a little kid.”

The 6-foot-3 guard has played in all 23 games this season and has already totaled 508 points as of Feb. 2. Last season, he became the fastest Lipscomb player to reach 1,000 career points, needing just 65 games to reach the feat.

“We’re really lucky that things turned out the way they did,” Alexander said. “I could tell that he was going to be a talented scorer, but by no means did any of us believe we would be this good this early.”

Alexander offered two theories as to why Mathews didn’t have more college offers – the first being that he played for a relativity obscure AAU team and the second due to his split interest between basketball and football.

“Some of that was because he didn’t play with a high-profile AAU team and because he was a multi-sport athlete,” Alexander said. “In reality, (football) is probably a big reason for his success.”

Mathews agreed with his coach and acknowledged that focusing on basketball full-time has helped him improve dramatically.

“I’ve always had a football body,” he said. “Focusing solely on basketball has completely changed my game. I’m shooting the ball better than I ever have.”

Mathews’ first chance at major minutes came when guard Josh Williams tore his ACL against Princeton in December 2015. The then-freshman Mathews was forced into the lineup and had to quickly adjust to the college game.

“For the first 5-10 games of his career, he was really out of sorts,” Alexander said of Mathews. “It took the injury to Josh Williams to open the door for Garrison and thrust him into more minutes. When that opportunity came, he made the most of it.”

Mathews finished his freshman year averaging 10.9 points per game, and he later blossomed into a star as a sophomore in 2016-17. He averaged 20.4 points per contest in his second campaign and earned unanimous ASUN First-Team All-Conference honors in the process.

“There have been some games when he’s gotten his 20 points, and you don’t really notice how he got them,” Alexander said. “We don’t run a lot of plays for him – his natural ability takes over. He can score in bunches and carry the team when we need him to.”

Despite his mild-mannered nature off the court, Mathews is known as a fiery competitor on the court. He said that spirit comes from growing up competing against his older brother, Braden Mathews, who played basketball at Franklin and Trevecca Nazarene.

“I’ve always wanted to be the best in everything I do,” the younger Mathews said. “I grew up with an older brother that always whopped me. Winning is what drives me during the game. Off the court, I’m pretty chill and just like hanging out with the guys.”

Alexander said he loves Mathews’ passion but also admitted there are times when he’d like to see more consistency out of his star player.

“I would say that’s his greatest strength and greatest weakness,” Alexander said of Mathews’ competitiveness. “He plays full-speed and with great passion, and that’s the reason that he’s good. In some ways, I’d like for him to be more consistent on and off the floor. But he’s a good guy that’s really matured in his time (at Lipscomb).”

Mathews’ meteoric rise has continued this year despite undergoing multiple surgeries during the offseason. He credits his summer workout partner, former Middle Tennessee State basketball manager Jordan Romine, for some of that continued success.

On Jan. 6, Mathews poured in a career-high 43 points against Kennesaw State, garnering Lou Henson National Player of the Week honors. He’s already been named ASUN Player of the Week four times this season but isn’t letting personal accolades get in the way of his ultimate goal.

“I just want to win a conference championship,” he said. “Everybody dreams of the NCAA tournament, and that’s really what I want the most. Obviously, I wouldn’t be able to do any of this stuff without my teammates. I give them all the credit.”

Alexander said he doesn’t believe Mathews has reached his ceiling just yet.

After a string of three straight ASUN losses in mid-January, the Bisons are now in the midst of a four-game winning streak as the stretch run approaches. Mathews said he sees an attitude difference in this team that has helped them come together, and that could make for an interesting March.

“We have great chemistry,” he said of the Bisons. “We all hang out off the floor and are great friends. Freshman year it was spotty as to who hung out with who. Now we’re all Coach Alexander’s guys, and we all love each other. That drives us and makes us a lot better.”