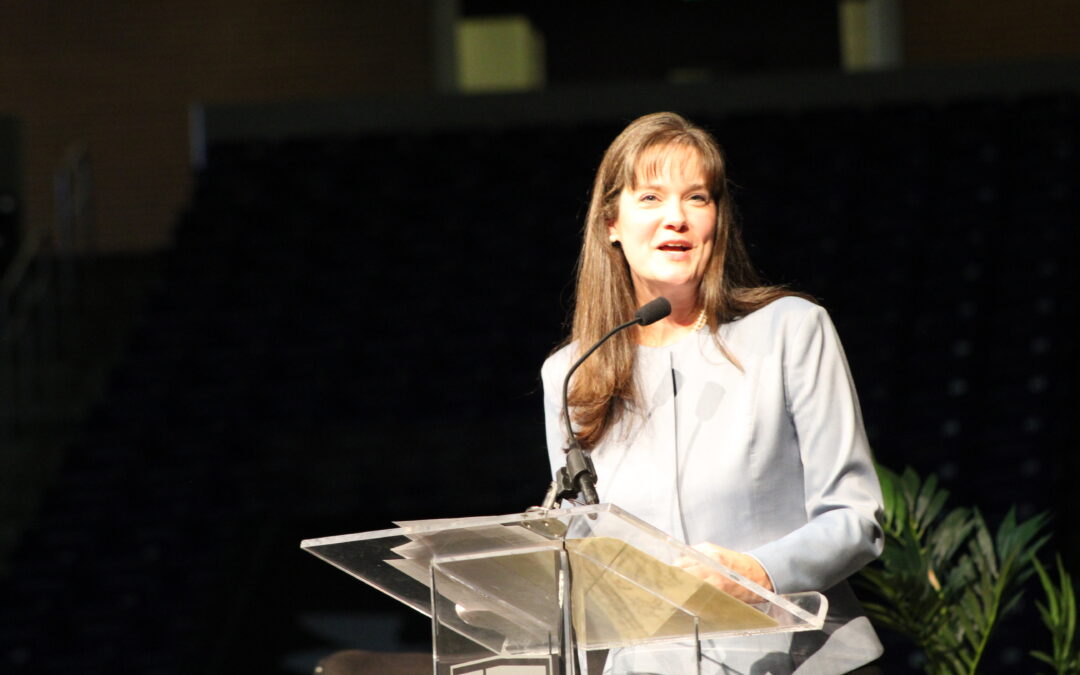 After introductions from SGA President Grant Hitchcock and her daughter, freshman Abigail McQueen, Dr. McQueen made her entrance on the podium.

McQueen, greeted by a warm round of applause from the audience, cited the students as the primary reason for accepting this leadership position.

“Lipscomb University exists for students,” said McQueen. “And we will empower our community, our administrators to make sure students are job one, and we will live out the visions of our founders to help you, our students, to be equipped to fully integrate with your academic passions and careers.

McQueen made a few special announcements, such as the start of the President’s Student Advisory Council, otherwise known as PSAC.

PSAC will allow McQueen to directly hear feedback from students through a collaborative effort with the SGA.

Nominations for council members are ongoing, with the council set to be announced toward the end of September.

To make up for the sophomore class’ lost opportunities, McQueen revealed that next week will be sophomore week.

At the start of the week, sophomores will receive a gift package filled with an assortment of treats as well as tickets to events that lead up to an exclusive silent disco party.

McQueen addressed and confirmed that the recent dining staff shortages and restaurant closures were due to a COVID outbreak.

To make up for the inconvenience, students were treated to a cookout of hamburgers and hot dogs as an appreciation for their patience and willingness to cooperate with the staff shortages.

In conclusion, McQueen thanked the student body for welcoming her and said she anticipates getting to know students as the year progresses.