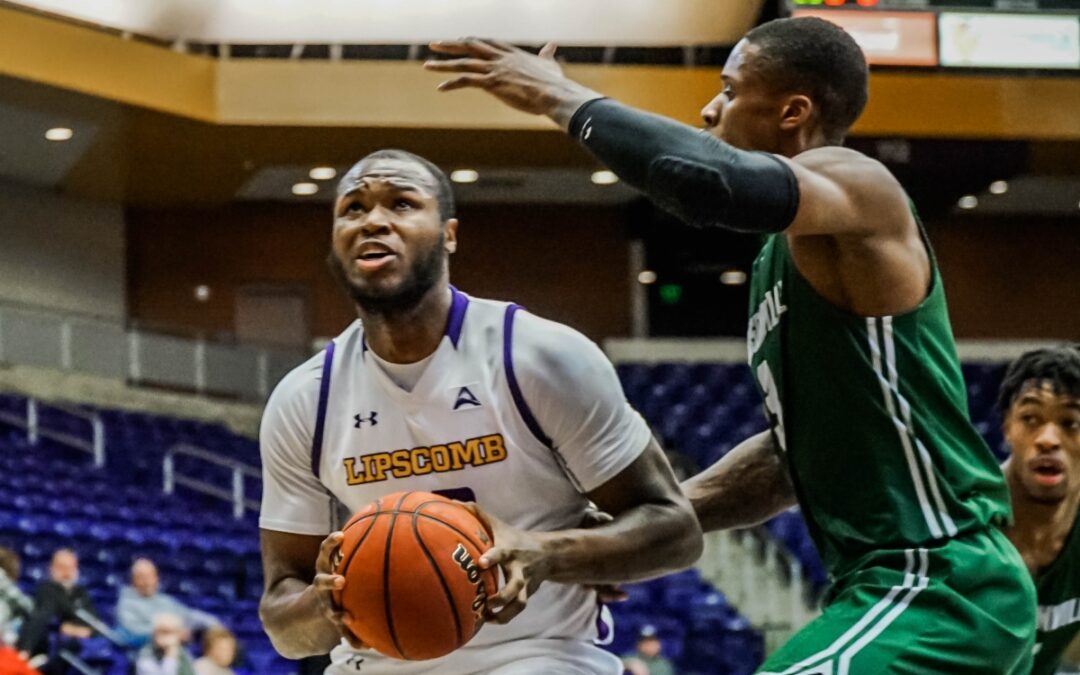 Staying in touch with his basketball team during this COVID summer has been so unpredictable and new that it’s been like “building the bridge as we go,” said coach Lennie Acuff, describing the frustrations and adaptations that have been necessary to try to get the team ready from a distance rather than the sidelines.

“It’s just really been like nothing we’ve ever encountered,” said Acuff. “We work really hard to stay in contact with our guys. We do Zoom calls once a week with them, and then we are also trying to recruit, which has been really hard.”

By this point in the summer, the upcoming year’s team has typically been together for over a month, living on campus in the month of June for summer classes, practices and basketball camp. But this year,  Acuff has not even been allowed to enter his office for almost four months.

“Tomorrow’s going to be the first day we’re going to be allowed to go back to the office,” said Acuff on Tuesday, July 30. “So we’ve been doing everything remotely. It is for sure something we’ve never experienced, and I hope and pray we never have to again.”

Coaches and staff already face challenges to stay connected virtually with the returning players. It is a more difficult task when it comes to the incoming players, according to Acuff.

“We signed two kids early in November that we know really well: Tommy Murr and Will Pruitt.

“We know them well because they were a part of our recruiting process. But, we signed a transfer, a young man named Romeao Ferguson that we’ve never even laid eyes on in person.

“We’ve watched him on film, he’s been a part of our Zoom calls, but we signed him strictly off watching film and other coaches’ recommendations.”

Beyond just using Zoom calls to help connect the team, strength coach John Hudy has been providing workouts to ensure that athletes will be conditioned for a season, if and when that may happen.

“You can’t make anything mandatory, but we have some workouts that they have the option of doing,” said Acuff. “I think our guys have been mostly doing them; I’ve seen videos. I think we have made strides there, so I’m excited about seeing that when they get back.”

Acuff said he hopes to get his players back on campus when fall sport athletes are scheduled to arrive in Nashville at the beginning of this month.

“I’m hoping that we can be a part of that re-entry,” said Acuff. “I think it would be good for us. They could use us somewhat as their test pilot for protocol on our campus, and it would also go ahead and get some kids on campus, so that by move-in day, August 17-19, it won’t be too hectic. Maybe we can help by fragmenting it a bit.”

Acuff said coaches understand that this year will look significantly different and that individually and collectively they have a responsibility to behave in socially mindful ways.

“There’s a discipline element to all this,” said Acuff. “They have to be self-disciplined, and I think going into the season, even as we get ready to come back we talked about being socially disciplined: Making sure you don’t go around large crowds, making sure you don’t put yourself in harm’s way, because it can really affect our team.”

Even being as careful as they can, numerous outside factors will affect the likelihood and the manifestation of the 2020-2021 season. Acuff said he hopes officials will take their time and gather as much information as they can before making any major decisions.

“I would think we’re probably two months away from really having to make any meaningful decisions,” said Acuff.

“Obviously, I think everybody’s keeping up with what’s going on, but I think in any of the situations, the longer you can wait to make a substantial decision the better because it gives you a chance to have more information to make a good decision.

“I think if you get ahead of yourself a little bit, sometimes you might not have as much information as you need.”

While this summer has not looked like the Bisons were expecting, it has made them even more grateful to be a part of this program, the coach said.

“How much I miss them, how much I enjoy what I do for a living, how blessed and fortunate I feel to be able to do it, how much I’ve enjoyed being at Lipscomb, and how much I believe in the school and the mission of the school,” said  Acuff, when asked what he has learned from this time apart.

“The importance of being able to sit down and have a conversation with your coaches and players means so much. The day-to-day interactions; that’s what I’ve been missing the most.”