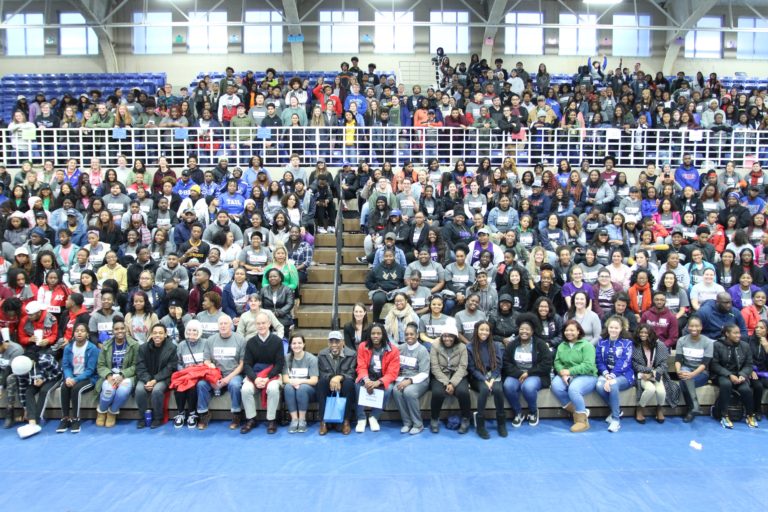 On Saturday, January 18th, over 600 students from Nashville colleges and universities gathered together to attend service projects in the name of Dr. Martin Luther King Jr.

Taylor Morrow, a senior at Lipscomb, enjoyed having people from different universities come together to be able to serve.

“A lot of people are willing to come out and serve, people from all different backgrounds. It was cool to get everyone from different schools altogether,” says Morrow.

This year’s theme for the MLK Joint Day of Service was “Sit-Ins @ 60: Students. Action. Justice,” as a commemoration of the 60th anniversary of the Nashville lunch counter sit-ins and those who rallied against racial injustice.

These sit-ins, which lasted about three months in the 1960s, occurred at different lunch counters and were a part of a nonviolent campaign to end segregation in Nashville. These sit-ins consisted of primarily African American college students, who were often attacked both verbally and physically during their campaigns.

The event kicked off at TSU, where students had a chance to choose which service project they wanted to attend. Those who volunteered had nearly 25 different service opportunities to choose from — including Second Harvest Food Bank, Project Transformation, Feed the Children, and many more.

Students were also given the opportunity to attend an interview with Nashville Sit-Ins Leader Dr. Rip Patton before being sent off to their respective sites. Patton recounted his time as a part of the sit-in campaign, as well as imparted advice to students about making a change in the world.

After listening to Dr. Rip Patton, the students were sent off to their service locations all over Nashville. Some groups painted and organized, while others did yard work or planted trees.

Shadani Fleming also worked at Feed the Children on Saturday and helped with sorting food and boxes as well.

“Everyone had their part, their position, and everyone was helpful,” says Fleming. “We all got along really well.”

After serving, students were invited into a time of reflection to connect their engagement during MLK Joint Day of Service to inspire positive action and justice in their own community.