Music gets muffled by COVID-19 pandemic; Festivals, clubs and even Rolling Stones silenced 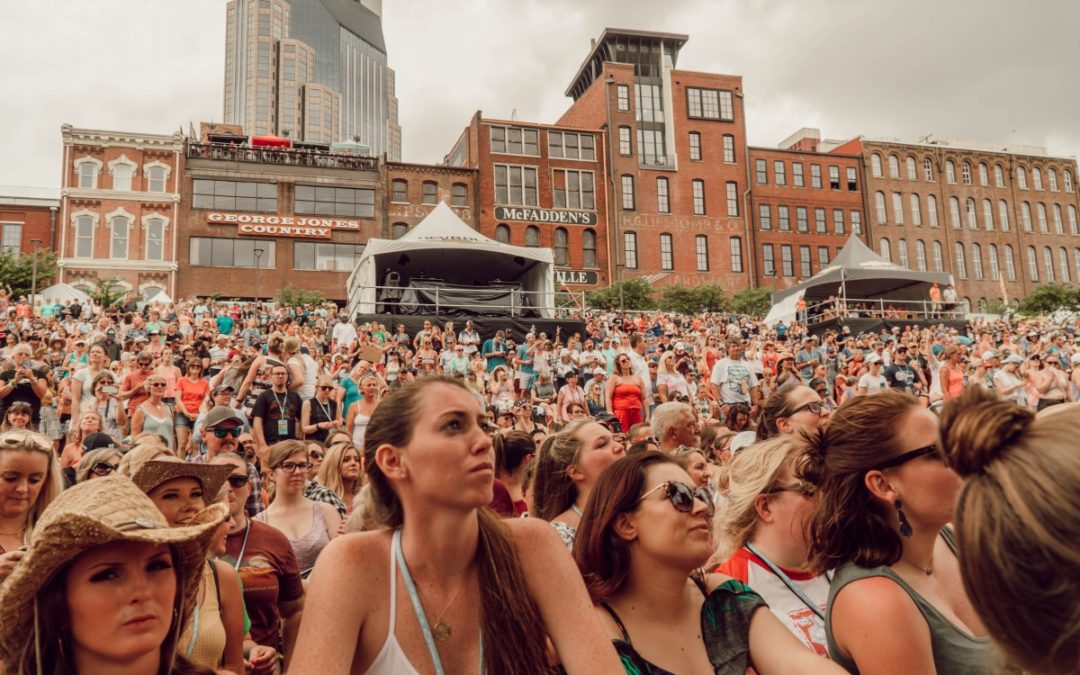 COVID-19 has pretty much eliminated the month of June for music festival goers in Middle Tennessee and around the country.

And the rest of the summer is in question as well.

Bonnaroo Music & Arts Festival, the massive four-day celebration of all forms of music and entertainment had been scheduled to take place June 11-14 down at The Farm in Manchester.

But this year, because of the pandemic, the festival was moved to September 24-27, in hopes the virus will have run its course by then.

Tickets for the festival, which generally reaches near-sellout (80,000 or so proportions), will be honored for September’s new date.

“Please continue to radiate positivity through this uncharted time in our world. Thank you for your continued support and we look forward to seeing you on The Farm (the pastureland where the annual festivities are held) this fall,” reads a message posted on the festival’s web site.

Even more disastrous to Nashville economy and for fans of country music is the news that the annual CMA Fest was canceled completely for this summer, ending a 48-year run.

“As the world is still greatly affected by the spread of COVID-19, we cannot in good conscience risk the health and well-being of our fans, artists, staff and country music community,” is the statement from the Country Music Association.

More than 40,000 fans annually attend each of the four nights’ “big concerts” in Nissan Stadium, home of the Tennessee Titans of the National Football League.

But there are many other fans who come to the city and fill up hotel rooms and honky-tonks for affiliated activities — free concerts on stages throughout downtown as well as the Fan Fair autograph signing/meet-and-greet annually held in the massive Music City Center.

CMA was just about the last major festival to announce it was not going to be held this summer, holding out hope well after most other festivals were canceled or postponed, in hopes that the pandemic would not reach such massive proportions.

All four-day passes and parking tickets that were purchased will be honored, if not refunded, allowing those who purchased tickets the opportunity to come back for next year’s fest if desired, according to officials.

The first big cultural even to fall victim to the virus was the the March 13-27 South by Southwest celebration in Austin, Texas. SXSW is not just a celebration of music, but also of film and other aspects of the digital world.  It is considered a major touchstone of the so-called Americana Music genre, although it goes far beyond those borders.

Another big festival, Coachella, in Southern California, was postponed rather than canceled and a sister festival, Stagecoach, followed suit.

Both will take place in the autumn, as long as the virus is gone.

Lollapalooza, which has its roots in rambling from one city to the next, settled in for good in Chicago many years ago. It too has been postponed.

Concerts around the country have been either canceled or postponed. Among the first to do so were The Rolling Stones. The band’s “No Filter” tour was to hit Nashville May 20. The entire tour will be rescheduled after the pandemic passed, according to information released by The Stones.

But it isn’t just old Baby Boomers who have reason to be saddened. Nashville concerts by Billie Eilish, Pearl Jam, The Zac Brown Band, Sturgill Simpson and more have either been postponed or canceled.

And Nashville Symphony has postponed a variety of concerts up into May.

And the indie circuit has been completely squashed as all bars, nightclubs and restaurants in Music City have been closed for the better part of a month already, and the virus has not yet peaked in Nashville.