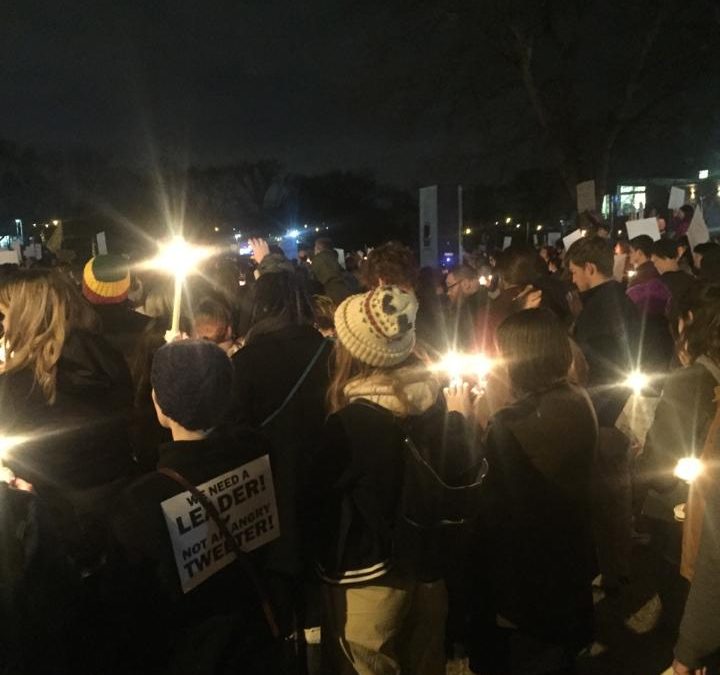 Within the first two weeks of Donald Trump’s presidency, he has given 20 executive orders.

The suspension of immigration from seven predominantly Muslim countries, commonly known as the “Muslim ban,” is considered the most controversial of these orders.

The order has caused some division among people; on one side, many believe that it is best for the safety of our country, yet people on the opposing side of the order suggest that it is a violation of human rights.

Freshman Ahmed Amaar is a Muslim and a member of the Lipscomb Track and Field team. Amaar believes that the ban is ineffective, stating that the terrorists that have been behind recent attacks are not from the seven countries that were included in the ban.

“I’m from Libya myself, and some of my family members have green cards, and if they would have been out of the country, they wouldn’t have allowed them back in,” Amaar said.

He added that many people of the Muslim faith are hard-working, dedicated citizens who are treated unfairly because of their color and where they come from.

“Whenever there is a terrorist attack, that one person doesn’t speak for the whole religion,” Amaar said. “That is something we’re trying to convey to everyone, and people are starting to understand and have better relations with Muslims.

“I need to extend the same courtesy to the U.S.A,” he continued. “If one person treats me badly, I know he’s not speaking for the whole country.”

In his closing remarks, Ahmed expressed that he, personally, loves everyone regardless of faith, color or sexual orientation.

For Lipscomb student Sam Hill, he agrees with the intentions of the ban because safety for America is a top priority.

According to Hill, immigration isn’t a good idea, stating that the good of allowing immigrants into the country does not outweigh the bad. Hill explains that the ban is not an indication of racism, but rather a security measure to protect every American.

“The most dangerous terrorist group is ISIS, and they’re Muslim,” Hill said. “Generalizing that isn’t good, but we have to be aware, and you have to lay out the fact that these people are Muslim, and bringing in Muslim groups may not be the best idea.”

Hill did add that the ban wasn’t executed in the best way possible but is still necessary, reiterating that the safety of American citizens should always come first.

Lipscomb theology professor John Marks Hicks stated he can understand where both sides come from.

“On one hand, I can see the interest in security, and the interest in protecting the American people,” Hicks said. “On the other hand, it seems that the ban hurt people who are already in process.”

Hicks said he believes it is important to balance security with compassion, stating that a lack of compassion is a “failure of justice.”

Hicks explained that he thinks the recent divide between Muslims and Christians is simply due to a lack of communication.

“Part of it is that we don’t have the interaction, but when the interaction is there we relate as people. It’s not an intentional ‘I hate all those people;’ it’s rather a kind of de facto ‘I don’t know any of these people.'”

Hicks closed by referring back to his belief in the power of compassion.

“Jesus says to love thy neighbor as thyself.”