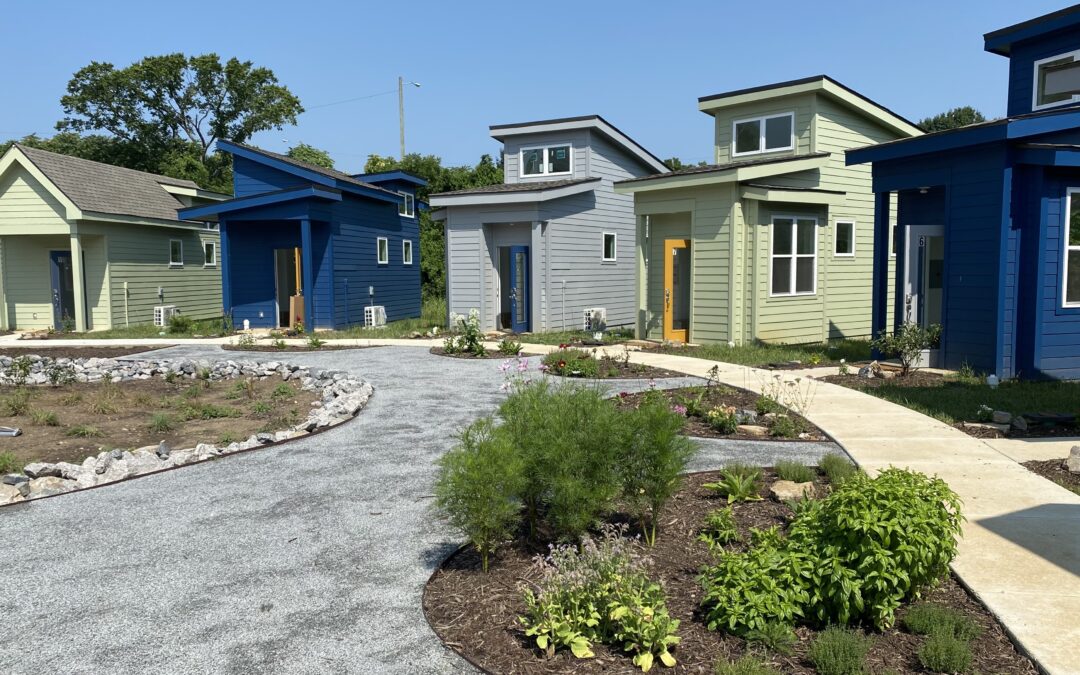 When it comes to a growing urban community such as Nashville, one of the main concerns, in the eyes of the government, is where people are going to live.

As more and more people move to the city, Metro is eager to increase housing available for those who are able and willing to pay for it. However, those in the lowest income brackets are left behind more often than not.

As a result, many homeless people’s lives are being disrupted. Some people, such as Cecelie Eiler, are now doing work to combat this.

“[Nashville has] got all these people moving here,” said Eiler, a recent Lipscomb graduate who now works with these homeless populations. “We want to put up the nicest things for the nicest people and what that means is…the people at the bottom just keep getting shoved to the side.”

With rent prices rising, construction companies are eager to build newer and more housing options and push out those who can not afford the competitive prices, and it’s happening currently in East Nashville’s River Chase Apartments.

Eiler is originally from Freeport, Illinois, and received a degree in environmental and sustainability science at Lipscomb, graduating in May 2021. She now works in the nonprofit sector dedicated to helping the homeless population.

“What’s happening is that there is a set of developers that are buying those apartments and they’re planning to tear them down,” Eiler said. “Currently, there are 60 housing units there that take Section 8.”

Section 8 is a government-funded voucher program for low-income houses that allows them to find their own living space. However, the landlord must choose to allow Section 8.

Eiler said that even though the developers said they are going to build a highrise of “affordable housing units,” only 150 out of the 1,000 units will be affordable.

“Also, it’s not really affordable housing because they’re not going to take Section 8, which means that knocks out a huge chunk of people that might have been able to apply there,” Eiler said.

According to WZTV Nashville, the cheapest available rent will be $500, and renters must “earn three times the monthly rent, have had no felonies within the last five years, and have no misdemeanor drug charges.”

Eiler said she’s familiar with the tension between Nashville Metro and its homeless population as her full-time job centers these vulnerable communities.

She works as a data administration manager at the Village at Glencliff, a group of micro homes built on the grounds of Glencliff United Methodist Church.

“[The Village at Glencliff] is a medical respite, which essentially means that for people that are experiencing homelessness…when the hospital discharges them, rather than being discharged onto the streets they would be discharged to us,” she said.

“So we’ll have a care coordinator on staff…who will be working with them, kind of like a private social worker…making sure that they can get the proper resources they need to go to that permanent house when it’s available.”

Eiler runs the database there and, once people arrive, will focus on researching how life at the Village impacts its residents.

“The ultimate goal is to collect the data and then start sharing it with everyone to show them why this medical respite model works and why they should do it too,” Eiler said.

She said that there is a huge need for medical care for those experiencing homelessness.

“A leading cause of death on the streets for our friends is health,” she said. “It’s a health hazard to live on the streets. It’s not safe for these people, and a simple cut for [someone else] can turn into a nasty infection for them.”

Eiler said that the issue of homelessness is a vast and complicated issue that is difficult to break down to only one root cause. She also spoke on the stigmas that are connected with homelessness, which don’t allow it to be a priority.

“I think there’s a public stigma, misunderstanding, that people experiencing homelessness are lazy, they’re not trying hard enough, and I think that is completely false,” she said.

“There are so many layers and so many facets that play into the grand topic of homelessness and so a clean-cut statement that says, ‘You’re just lazy, you’re not trying enough’; well, clearly you don’t understand what it takes to actually obtain a house in the system we’re currently in.

“There’s just this idea that people are lazy and they’re not, they’re humans that are trying to survive in a world that doesn’t want them to exist.”

Eiler said that there are problems also stemming from the lack of communication between Metro and those living on the streets.

“What I’m seeing…is that there’s a lack of communication with the current encampments and Metro. So Metro is making these decisions without actually talking to anyone who lives there right now,” she said.

It’s happening right now in Nashville concerning the possible development of Wharf Park. It would be a riverfront park taking over where Tent City currently stands.

“Tent City is the largest encampment in Nashville, where over 100 of our friends are living, and all of these people, when this park is established, will be displaced,” Eiler said.

“What Metro is concerned about is hiding those folks and giving the people who have money a place to stay, a place to invest in, and a reason to be in Nashville…People who are living on the streets they’re taxpayers too, so why don’t they get access to the same things everyone else does. It’s not a fair system.”

Eiler said that people concerned can do their part by paying attention to what is happening in their communities.

“If there’s a community meeting about parks, ask a lot of questions, like how will the development of this park impact the people who are currently camping there…and then go to the community meetings,” she said.

Even on a smaller level for action, Eiler said to keep an eye on the temperatures and weather conditions and keep corresponding items in your car.

“With this hot summer we’re currently having, keep water in your car and every time you stop at a corner and a friend is standing there, just rolling down your window and saying ‘Hey friend, do you need some water?’ and then hand them some water,” she said.