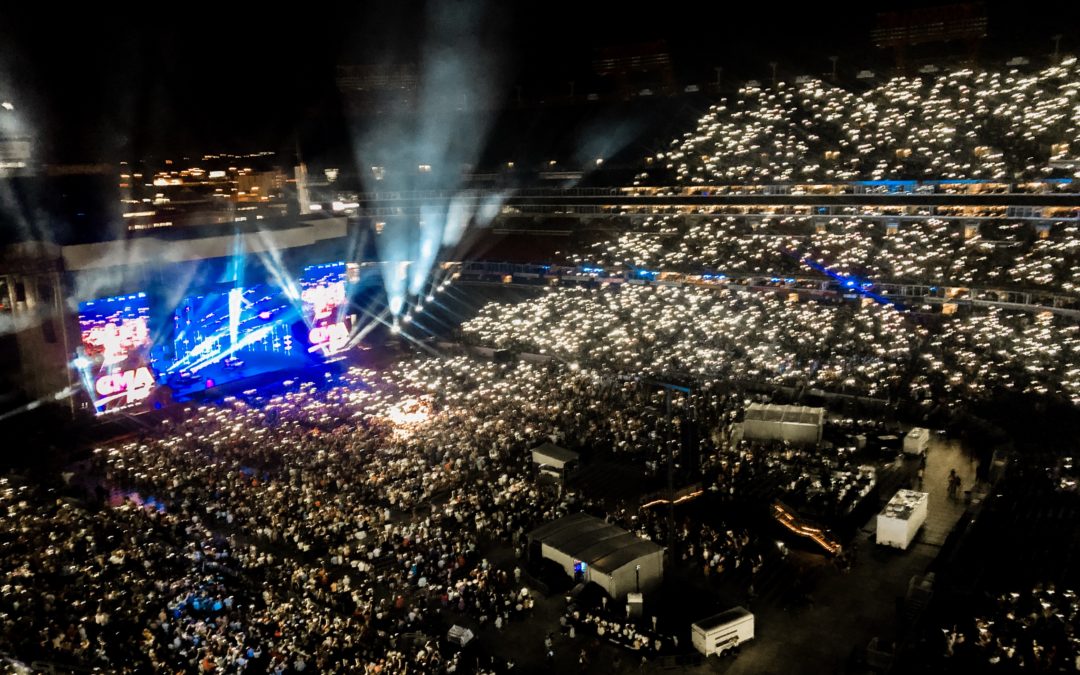 COVID  left most Tennessee residents and tourists and performers saying goodbye to the 2020 entertainment scene in Nashville. Now, it’s 2021. Forty-five percent of the population in the United States is fully vaccinated and 53% of the population has received one dose of the vaccine. As the world continues to slowly go back to normal, so does Music City. With venues being reopened, artists getting out of the studios and their homes and fans ready to cheer, big name concerts and festivals are making a grand comeback to Tennessee.

The free concert is the city’s first major post-pandemic event and will be headlined by country music star Brad Paisley. Lily Hiatt, Regi Wooten and Friends, Priscilla Block, and more will also take the stage. The event will also feature the Nashville Symphony in a synchronized performance with what officials are heralding as the largest fireworks display in Nashville’s history.

Originating in Oshkosh, Wisconsin, Lifest extends Music City for the very first time with Lifest Music City. The Christian music festivals are presented by nonprofit organization Life Promotions, focused on supporting mental health and wellness in today’s youth. With three days filled with music and fun, Lifest gives the option to its concert goers to camp on the festival grounds. The festival will include performances from Newsboys, Skillet, Lecrae, Sidewalk Prophets, Mandisa, Matthew West, Michael W. Smith, and more.

Fresh off his third ACM Entertainer of the Year Award, Luke Bryan will make his way to Nashville’s Bridgestone Arena with his “Proud To Be Right Here” tour. The “American Idol” judge will be joined by special guests Caylee Hammack and Dylan Scott.

Garth Brooks re-launches “The Garth Brooks Stadium Tour” this summer. The seven-time CMA Entertainer of the Year will be making his first-ever full-scale concert appearance at Nashville’s Nissan Stadium, home to the Tennessee Titans. Brooks is expected to break Nissan Stadium’s attendance record.

The multitalented artist John Legend is bringing his “Bigger Love” tour to Music City. The “Voice” coach will be returning to Ascend in support of his Grammy-winning album, “Bigger Love.”

Following the release of her sophomore album, “Never Will” which was released during 2020’s lockdown, rising country singer Ashley McBryde will make her way to Ryman Auditorium. The “One Night Standards” singer will be performing for two nights in in support of the Grammy-nominated album.

Celebrating their 20-year anniversary, the Bonnaroo festival is coming back this summer with performances from over 150 artists. Headliners include The Grand Ole Opry, Megan Thee Stallion, Foo Fighters, Lizzo, Tame Impala, Tyler, The Creator, and Lana Del Rey.

The free local festival is set to return for five days this Labor Day weekend. Lineup to be announced.

Blake Shelton will make a stop to Nashville’s Bridgestone Arena with his “Friends and Heroes 2021” tour. The tour will feature special guest Lindsay Ell, and special appearances by Trace Adkins and Tracy Byrd. Shelton’s tour comes following the release of his brand-new album “Body Language.”

The Brothers Osborne’s “We’re Not For Everyone” tour arrives at Ascend this fall. The tour will also feature Tenille Townes and Travis Denning.

The Jonas Brothers are bringing their “Remember This” tour to Nashville for two nights in a row. The tour is named after their latest hit single. The group will be accompanied by former Lipscomb student Kelsea Ballerini. The country music singer will open for the trio throughout the tour.

Alanis Morissette announced in 2019 that she would be celebrating the 25th anniversary of her album “Jagged Little Pill” with a tour. Following the pandemic, Morissette has the announced her rescheduled tour dates, and the pop/rock star will return to Music City this fall with special guests Garbage and Liz Phair.

Set to take place over two days, the festival’s headliners include Dave Matthews Band, Maren Morris, The Black Keys, and Cage The Elephant; with more set to perform. Pilgrimage originated in 2015 thanks to Franklin resident Kevin Griffin and his friends Michael Whelan and W. Brandt Wood. The festival will be celebrating its seventh anniversary this year.

Harry Styles will be bringing the romance to Nashville this fall with “Love on Tour.” The “Watermelon Sugar” singer returns to Bridgestone with his Grammy-nominated album “Fine Line.” Special guest Jenny Lewis will also make an appearance.