REVIEW: Lorde’s ‘Solar Power’ is a sunny album that falls short of expectations 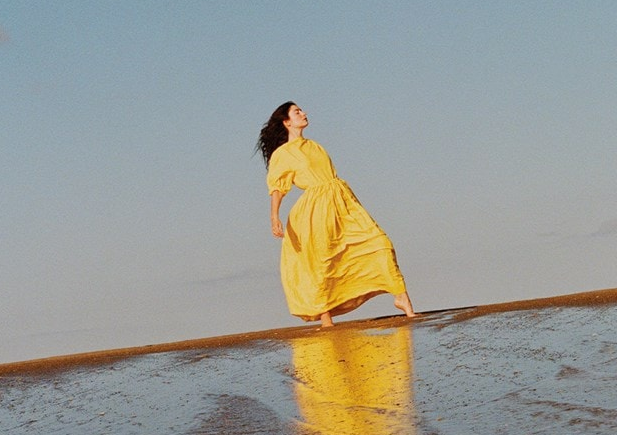 Solar Power, the third album from the New Zealand artist Lorde, was released on Aug. 20. It serves as a sunny departure from her previous work, including 2017’s critically-acclaimed album, Melodrama.

On Solar Power, Lorde trades in the dark, complex sounds and lyrics of her older music for something more akin to what Sheryl Crow was doing in the early 2000s. Solar Power shows Lorde taking clearer inspirations from her influences, including her own mother’s poetry and ‘70s folk music.

Solar Power makes the perfect soundtrack for a day at the beach, but it isn’t one that will stay on your mind long after it finishes. It’s a pretty album but predictable and unfortunately forgettable.

Many critics and music fans have been accused of disliking Solar Power as it isn’t a “sad” album or because Lorde appears to be writing from a more optimistic and less relatable point of view. While it is possible that some people feel this way, the album’s main issue – especially in comparison to Melodrama – is that it simply isn’t complex.

Melodrama wasn’t great because it was sad; it was renowned for its complexity of sound and how each of the songs on the album was unique but still cohesive. Likewise, Solar Power isn’t bad because it is happier – in fact, it really isn’t bad at all. It’s just simple and sometimes a bit boring. None of the songs stand out from the bunch. They are all perfectly adequate; they just aren’t special.

Solar Power was also less impressive given that most of the highlights of the album were already released as singles. The first single, title track “Solar Power”, is an adequate “song of the summer” aspiring single, and the subsequently released “Stoned at the Nail Salon” has some elegantly layered vocals, but neither are very memorable.

Perhaps the album’s biggest tragedy is the guest features. That’s right – there were features on this album, but you wouldn’t be at fault for not noticing them. Indie musicians Phoebe Bridgers (Punisher, Stranger in the Alps) and Clairo (Sling, Immunity) provide background vocals on six of the album’s 12 songs, but their vocals are so deeply layered with Lorde’s that they are virtually indistinguishable.

Similarly, Swedish pop star Robyn (“Dancing On My Own”) is featured on “Secrets from a Girl (Who’s Seen it All)” but she doesn’t even sing! Robyn can only be heard speaking at the end of the track. A Lorde duet with another artist with a very singular voice like Robyn would have been super interesting, but Robyn only contributes a flight attendant-like voiceover in the outro of the track.

Despite its flaws and overall plain sound, Solar Power isn’t an awful album. In fact, it’s a decent record; it just doesn’t hold a candle to Melodrama. But it really shouldn’t have to. Melodrama is a near-perfect body of work and most artists would be lucky to make an album as good in their entire careers, much less by their second release.

Lorde should be praised for her commitment to making a sincere work of art, even when it meant departing from the sound that made her famous. If she continues to create honestly, Melodrama won’t be her last great album.