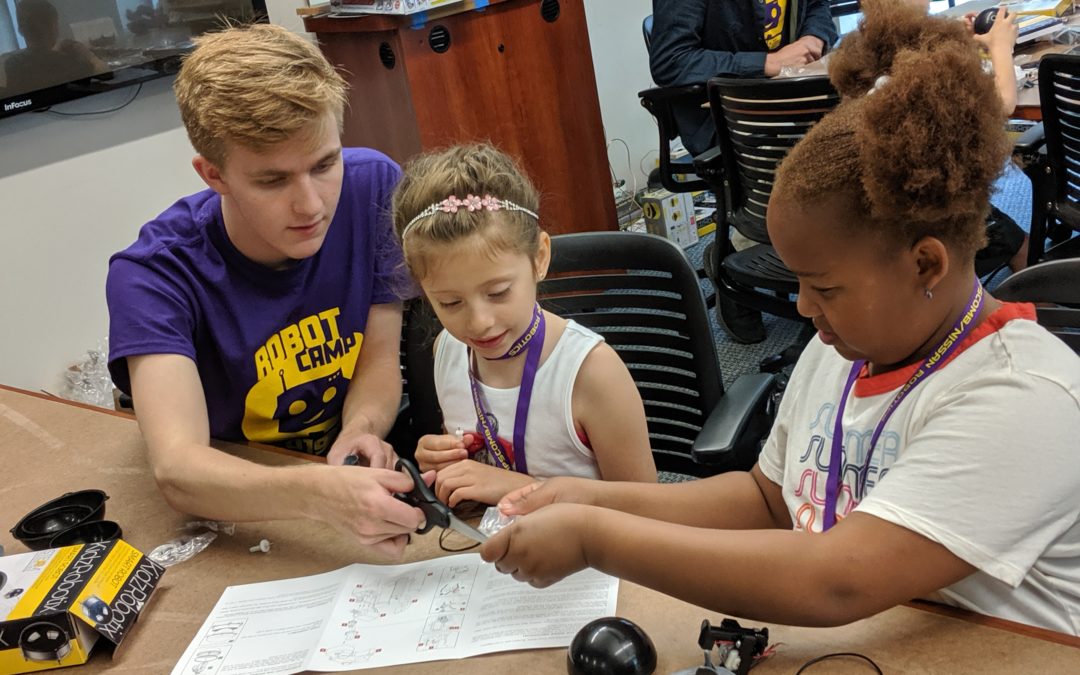 BisonBot is in its 13th year of teaching engineering and robotics skills to students from elementary through high schools.

The four-week camp, put on by Lipscomb Engineering, features four different groups that each spend a week learning engineering skills while building and operating robots. The robots range from simple moving gears to fully-functioning arms that can move objects off of a conveyor belt.

The campers’ experience levels range from the first time with electronics, all the way up to advanced students who have been building robotics and engineering for years.

“We don’t require that [the students] have any previous robotics knowledge before they come in, although a lot of the kids do,” said Ginger Reasonover, the coordinator of BisonBot camp. She is also a Science teacher at Lipscomb Academy.

The four groups are the wee bots, who are between kindergarten and first grade, the juniors, who are between second and third grade, the fundamentals camp includes fourth through seventh graders and the advanced camp is for children that have had robotics experience. The advanced camp, for students in seventh through 12th grade, is mostly for students who have done the camp in the past. Every other year is the Robotics Academy where students learn how to program as well as build a robot. That will take place in next summer.

The students get to take approximately five different robot projects that they built home with them. The youngest age group only builds their robots for a show-and-tell with the group and with their parents. The two older groups are split into teams of two and compete in a game where their robot arms have to take objects off of a conveyor belt and place them in a bucket. The team with the most objects in their bucket wins.

“We give things that are robot-related.” said Reasonover. “We might give them a soldering kit, or a robot statue, or a different kind of robot kit that they might take home and build.”

The camp has grown substantially since it started with a handful of students from around the neighborhood.

“It started as just a one-week camp, that was just somebody’s Eagle Scout project to figure what kids could do with robotics, and then we’ve picked it up and it’s just grown and grown and grown,” said Reasonver.

The typical number of students is now between 100 and 150.

“I didn’t have a camp like this when I was growing up, and this is something I would have really liked to do,” said Ellie Holohan, a rising sophomore engineering student. “So I like being able to introduce kids to it, because I got introduced to it at a later age. I still love it, but I would have loved it at their age too. I just didn’t have something like this to go to,”

Every couple of years the Lipscomb student-counselors also go to low-income neighborhoods and teach children in schools and after-school facilities.

The camp is sponsored by Nissan and offers academic scholarships to students based on their grades as well as needs-based scholarships for students who otherwise would not be exposed to an engineering camp.

The students come for four hours a day, either in the morning or the afternoon. One group comes Monday through Thursday, while the other comes Tuesday through Friday. The wee bots camp costs $200 to attend, the juniors $300, the fundamentals $400, and the advanced $500.