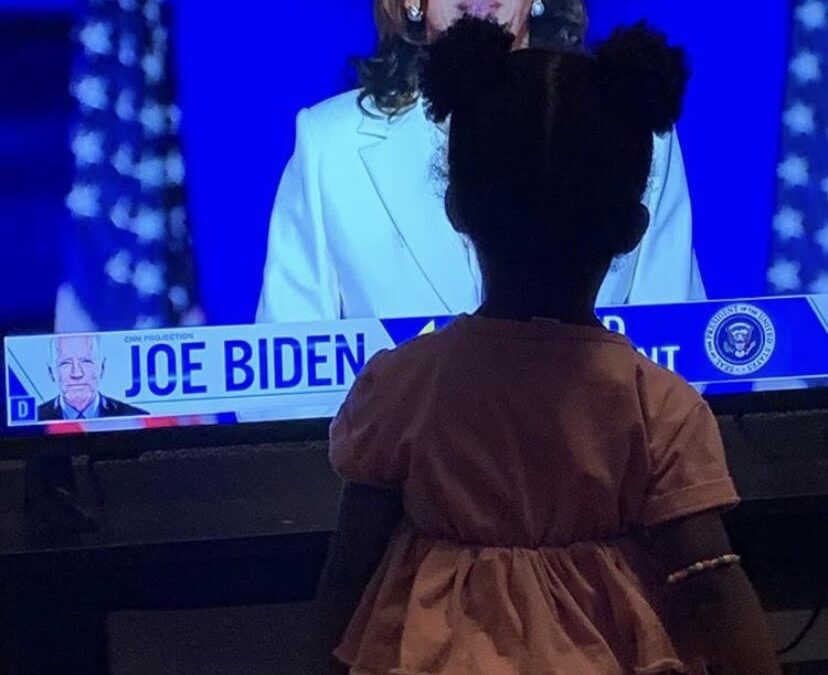 As millions across the country celebrated the results from the presidential election, much of the focus was on Vice President-elect Kamala Harris.

Harris will be the first female, first Black and first South Asian vice president of the United States.

Harris, the daughter of immigrants, is no stranger to breaking barriers. Her mother, who came to the U.S. from India at the age of 19, used to tell her, “You may be the first to do many things, but make sure you’re not the last.”

Harris promised in her victory speech on Saturday to follow those wise words. Speaking directly to the children of our country, she said, “Dream with ambition, lead with conviction and see yourself in a way that others might not see you, simply because they’ve never seen it before. And we will applaud you every step of the way.”

For women, especially women of color in the U.S., her election is personal.

Shaniya Pleasant, a senior biology major, explained why representation matters to her.

“I think that having a Black vice president elect is so important because I finally get to see someone who looks like me, who loves me, and wants the best for us in office for once,” Pleasant said. “It’s so vital because representation matters on all levels. And today a Black and South Asian woman is our country’s first female vice president elect, and that simply makes my heart swell.”

“In society today, women are viewed as less than, and from the time children are born they are taught to fit into the roles society has created for them,” Feldman said. “Women are taught that being outspoken and bold is a trait that is encouraged for males yet frowned upon for women. By simply becoming VP, she’s teaching the youngest generation that what makes you bold and strong is what makes you beautiful.

“Additionally, she’s the first woman of color to hold this title,” she continued. “I love America because we are rooted in diversity, but yet our country still has so much work to do to build our country into one where your ethnicity or gender or religion doesn’t determine your value. So many immigrants and beautiful individuals who have relatives who moved to this country seeking freedom can now look at our future vice president and see that this truly is the land of opportunity, where your diversity is what truly contributes to the extensive beauty of the nation.”

It has been one 100 years since women gained the right to vote, a struggle that has taken even longer for Black women. Now, a woman of color is finally going to serve in one of the highest offices of our country, and that is giving women around the world hope in our present and our future.