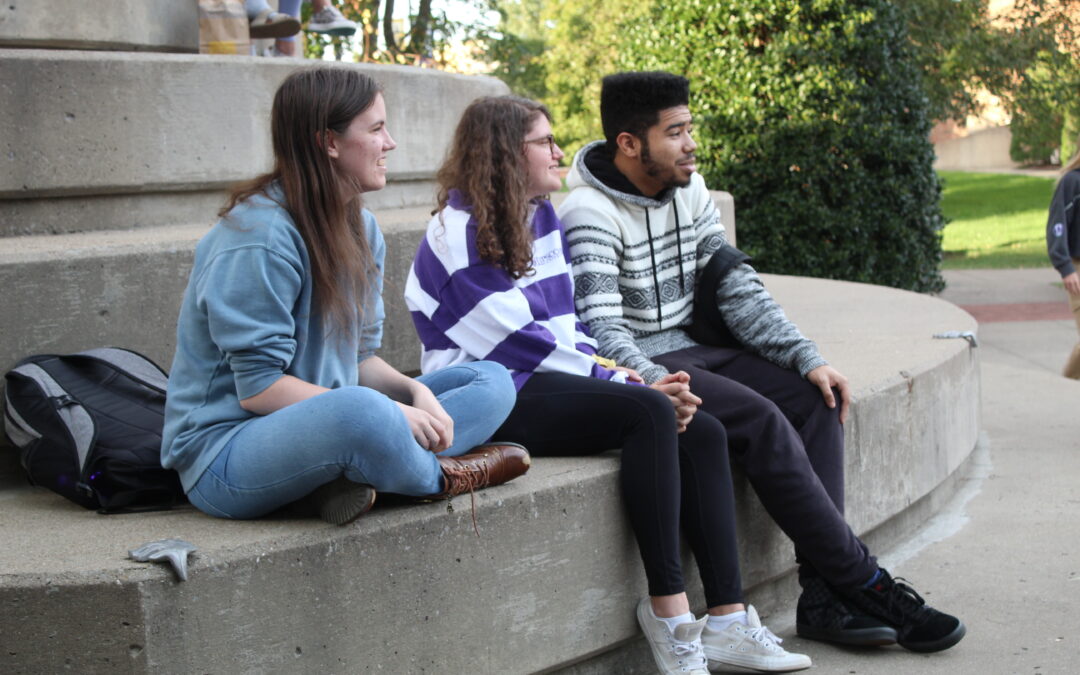 When Lipscomb hosted the 2021 Dove Awards this past Tuesday, excitement buzzed throughout campus. Students eagerly watched from the Bell Tower or the back steps of Swang just to get a glimpse at a possible celebrity.

Even a few guests sat out and watched from afar before they got to see the Dove Awards for themselves a couple of hours later.

A group of three, Jenny, Blake, and Hannah, came all the way from Alabama, visiting the Dove Awards for at least the fourth year now. Many students were excited at the thought to see celebrities as they gathered around Allen Arena to get a glimpse of the event coming up. Students came together to talk about their favorite songs, bands, and more, creating an exciting atmosphere around Allen Arena that started off the award show.

Not only did the students have fun watching from outside, but a select few were able to participate in the event by serving wherever help was needed. Student-workers were a seemingly small group of people, but an immensely crucial part to the Dove Awards experience for the guests.

One student worker, Mackenzie McConnell, was handing out brochures for the event in the halls of Allen Arena. She said she loved the ambiance of it all and was excited for the chance to see that celebrities were people, too. McConnell has been working for the Events Management Office since the beginning of the summer and said she even got to meet Michael W. Smith when she worked at a concert. Her favorite song by Michael W. Smith is his rendition of “Awesome God”.

I found two other workers, Jadyn Hoskins and Y’Alexia Robinson, and they said that they were excited to see the aftermath of the event and stage since setting it up and preparing was not easy. They both said they had fun making memories together with the other student workers and looked forward to meeting Cece Winans and Kierra Sheard.

Altogether, the night was exciting for the lucky students outside who met a celebrity and for the student workers to serve and participate in this amazing opportunity on campus.