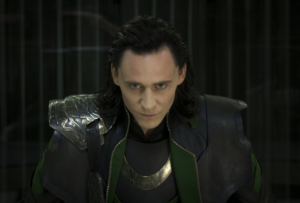 Ever since the post-credit sequence in 2008’s Iron Man, fanboy audiences world-wide have eagerly awaited the assembling of The Avengers, Marvel’s answer to DC’s Justice League.

The Avengers, made up of such heroes as Iron Man, the Hulk, Captain America and Thor, has always been a beloved comic book property for diehard Marvel fans. Under the watchful eye of S.H.I.E.L.D director Nick Fury, The Avengers would team up to take on the villains in the Marvel canon while saving room for constant bickering among themselves.

Edward Norton brought the Hulk to the screen (again) in ’08, but due to some contractual/creative differences, Norton’s satisfying take on the big green man marked his only outing as the beast. Stark returned to the screen in 2010’s love it-or-hate it Iron Man 2. Aussie Chris Hemsworth (best known at the time for a flash-shot performance in 09’s Star Trek) brought the proud, Shakespearean Thor to the big screen in 2011. In the same year, Chris Evans completed the pre-Avengers rally with Captain America’s origin.

Through the thick and thin, these set-up movies have had their strengths and weaknesses. Everyone loves Downey Jr.’s Tony Stark, but many complain the Iron Man movies lacked the scale necessary for superhero glory. Most have already forgotten about The Incredible Hulk (a shame, really. I find the film highly underrated.), and Thor and Captain America: The First Avenger were enjoyable introductions to the characters, no more and no less.

When Joss Whedon took the reins of The Avengers, a mighty task was placed in his hands. Bringing together so many different variables for one of the most anticipated films in recent memory requires a level of skill that very few directors possess.

The Avengers proves that you have to let the experts take on the big projects. In any other hands, The Avengers could have turned out to be a colossal train wreck.

Honestly, hiring anyone else but a veteran of the source material would have been a huge mistake on Marvel’s behalf. So far, the studio has tapped directors that fit the content individual films perfectly. Whedon, a proven champion of geekdom, took on the task at hand and created a rare treat for fans of both the comic and film series.

While watching The Avengers, you can’t help but see the level of complexity in the story. I can image that bringing five different storylines/dynamic characters together for a summer blockbuster event must have been exhausting, but Whedon made it look easy. His script masterfully pulls together the diverse members of this superhero team to take on a threat long established in the Marvel universe.

The Tesseract is no stranger to viewers. This glowing cube of unlimited power came to light at the end of Thor when Nick Fury introduces Stellan Skarsgård’s kindly physicist to the object. Actually, Tony Stark’s dad Howard fished the relic out of the sea when searching for the then-lost-in-action Captain America. The events of Thor must have brought the cube back into the forefronts of the secretive S.H.I.E.L.D’s mindset.

Entering into The Avengers, the so-said ‘Avengers Initiative’ is no more. Downey Jr.’s Tony Stark continues to further his weapons-free empire with establishing a new line of Stark Towers, large buildings than run on clean energy. Captain America himself, Steve Rogers, freshly defrosted after 70 years in ice, continues to establish life in the 21st century. Thor, as far as we know, is resting peacefully in his kingdom of Asgard.

Thor’s devious brother, Loki, starts off the events of The Avengers with a bang. The cast out prince, a fan of what the Tesseract can do for both him and a few of his otherworldly friends, steals the artifact from S.H.I.E.LD’s headquarters while taking a few of its key members hostage under a mind-altering spell. Nick Fury, seeing this as an act of war, assembles the super-characters together to take on Loki and whatever the trickster god has up his sleeve.

From this point on, The Avengers becomes a balancing act of epic proportions. Whedon manages to fit the booming ego of Tony Stark, the gung-ho, to-the-books Captain America, the no-nonsense Thor, the timid-yet-potentially dangerous Brue Banner, the expert archer Hawkeye and the super-spy Black Widow together in the same movie, while throwing in a massive alien army, a boatload of S.H.I.E.L.D agents and some inspired set pieces to boot.

Downey Jr.’s Stark never misses a beat, and Evans’ straight-laced take on Captain has never been better. Hemsworth continues to prove why he’s the perfect fit for Thor, and Samuel L. Jackson expands his Nick Fury character into a true, unabashed leader. Scarlett Johansson’s Black Widow gains added depth from Whedon’s screenplay, and Johansson takes the character to a new level not yet previously established with her minimal presence in Iron Man 2. Tom Hiddleston continues to impress as the vile Loki, and Clark Gregg continues to bring the fun with his straight-faced Agent Coulson (or, to Stark’s girlfriend Pepper Potts, Phil). Jeremy Renner’s Hawkeye adds to the fun, and newcomer Cobie Smulders holds her own as Maria Hill, Fury’s right-hand woman.

I couldn’t help but become enamored with Mark Ruffalo’s take on Bruce Banner. Both he and Whedon capture the character in a way that manages to honor the comic roots while bringing a fresh take to both Bruce and ‘the other guy.’ While Whedon takes Hulk to smash-happy nirvana in the film’s latter sequences, Ruffalo’s quasi-sarcastic portrayal of Banner had me hooked. Whedon gave him the words, but Ruffalo brought the power. His scenes with Downey Jr. create instant gratification.

The action sequences in this film rise above anything else in Marvel’s long lineage of theatrical releases. We’ve seen plenty of the New York assault in the promotional material, but one striking section of the film has gone largely unspoiled, and for good reason. Whedon orchestrates the mayhem with sheer amazement, allowing for the characters to shine rather than fade into the scenery – a bane in Michael Bay’s Transformers series.

While the film rests heavily on scientific jargon to lead the plot during the first half, Whedon pushes the gas in the last hour-and-a-half-or-so to create one eye-popping, hair-raising scene after the other.

Thankfully, the film never forgets to add in a laugh here and there. Whether it’s one of Tony Stark’s wise quips or the realization of a pop culture reference on Cap’s behalf, The Avengers remains constantly funny without ever sacrificing the seriousness of the scale.

From now on, superhero movies in the Marvel universe will look to The Avengers as a shining beacon of what these films can aspire to be. If you get the right talent in the driver’s seat to lead the endeavor, amazing benefits can be reaped.

Joss Whedon deserves a big pat on the back for what he did with The Avengers. The story works, the acting is superb, the humor is on key and the action sequences are breath-taking.

Whedon knew what he wanted in an Avengers movie, and as the audience, we were lucky enough to get a rather lengthy sneak peek.