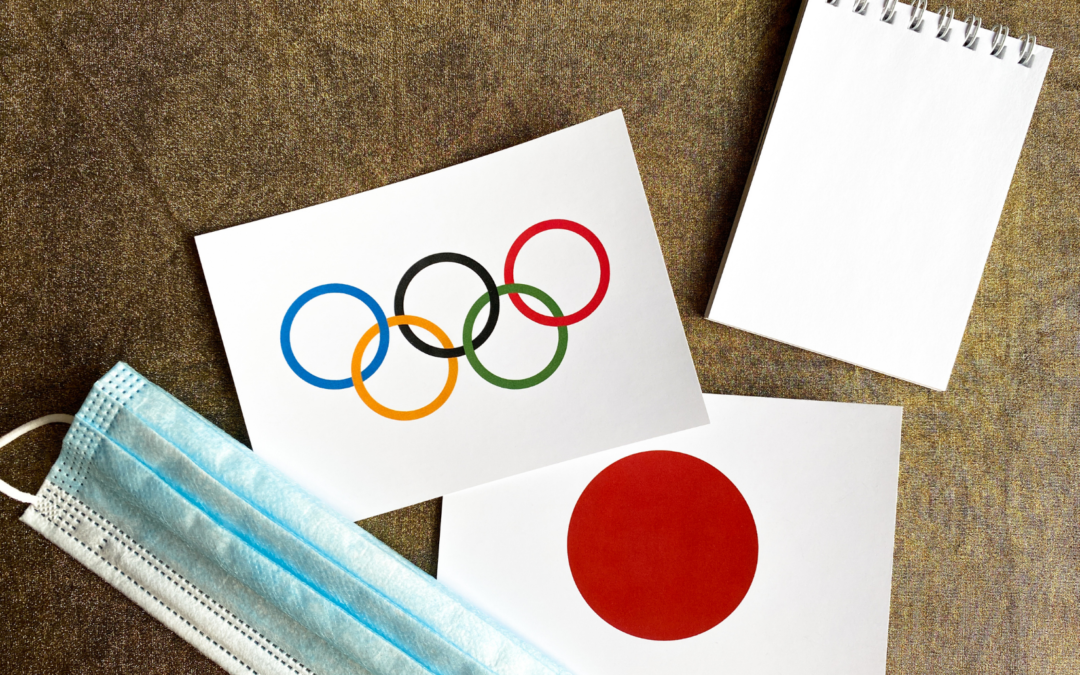 A Lipscomb administrator and veteran of Olympic press coverage said this year’s 2020 Tokyo Games — occurring beneath the shadow of COVID that delayed the competition a year and with strict pandemic alterations in effect — could be the proverbial light at the end of the tunnel.

Kim Chaudoin, Lipscomb’s assistant vice president of public relations and communication,  covered a variety of events at the 1996 Olympics in Atlanta and forecasts a likely positive impact as the world takes a step toward recovery in Tokyo.

“I mean, they were able to have the NCAA tournament,” said Chaudoin, noting those basketball competitions that were held in a bubble in Indianapolis this year after being canceled in 2020. “I know this is a lot more people, but I hope that they’re able to do it.

“But hey, if they survive all that and then the big melting pot of it, then maybe you know it’s like, ‘Oh, OK, we’re all good now.’”

The Games feature more than 11,000 athletes from more than 200 countries. The Tokyo 2020 Olympics – which were not renamed despite the year-long delay caused by the COVID pandemic – has athletes competing in 339 events across 33 sports. New sports for the Tokyo Games include surfing, skateboarding, sport climbing, karate, baseball and softball.

While some might consider the Olympics occurrence as a positive step toward normalcy in the unpredictable pandemic, this year’s Games are anything but normal.

The city of Tokyo has been in a state of emergency multiple times in the past weeks due to a resurgence of COVID cases.

A year ago, if the games had been held as scheduled, hundreds of thousands of spectators from throughout the world would have attended, filling up the massive, new facilities Japan built for the Olympics.

When it was decided that, despite COVID, the delayed games this year would go on, the plan was for only Japanese to be permitted to attend the Games, a move that would limit the chances for the virus to be imported. But then came a massive spike in COVID, and the city and country were thrown into a pandemic-caused state of emergency.

The only people in the grandstands now are scattered media and a limited number of athletes allowed to cheer on their teams.

Camaraderie inside the Olympic Village is virtually nonexistent as well.

Athletes, staff, and press are being subjected to regular COVID tests and being put in “bubbles” to prevent contact with any more people than necessary. Additionally, athletes are required to return to their home countries within 24 hours of the conclusion of their events. In past Olympics, athletes mostly stayed in the Village and cheered on their teammates as well as enjoyed socializing with competitors from throughout the world.  This peaceful mingling among nations is considered one of the main purposes of the Olympics.

Another potential issue with the 2020 Games is a decrease in viewership. As cable TV becomes less and less common in the wake of streaming, many people may not have a way to access Olympic coverage.  But the media is looking toward the future in the way it is covering the games.

In addition to cable coverage on its affiliated networks, however, NBC has round-the-clock streaming on its Peacock platform for the millions of fans who have access. And while early figures show that viewership this year has so far been down, the Olympics still are the dominant programming.

Another big change is that social media and round-the-clock streaming means that results of events are revealed quickly from the venues rather than simply appearing in the delayed network TV coverage. Because of the time difference of 13 hours from the East Coast to Japan, most big events take place while Americans sleep.

But the news is broadcast, or rather streamed and posted on social media immediately. For example on Tuesday, July 27, most fans learned from alternate media that superstar Simone Biles had stepped away from the gymnastics team competition because of mental stress, likely tied to the constant “Greatest of All Time” tag and resultant pressure.  The team did go on to take silver, with Biles cheering them on. She may still compete in individual skills, depending on her emotional health.

In the past, such news would not have come out until the main evening coverage, but the new media changed everything.

Another Lipscomb communications staffer and Olympics coverage veteran, says the new media explosion in the last five years has changed everything.

“Even since I went in 2016, I feel like social media has exploded,” said Butts.  “I mean, I was just talking about this with my wife last night… I’m going to be struggling while I’m here at work” to keep from knowing everything before the evening broadcast coverage on NBC (Channel 4 in Nashville).

“On social media, they’re going to be saying who’s winning all the events because they’re so far ahead; and they’re not going to show it here until like 7 p.m., so I’m trying to ignore all that.

“It’s just going to be a totally different, because it almost feels when we were there, we were getting that information out to everybody at a certain time,” said Butts.

“Now it’s just going to be like there’s reporters in the stands immediately uploading who won right then. I think that’ll be a huge difference.”