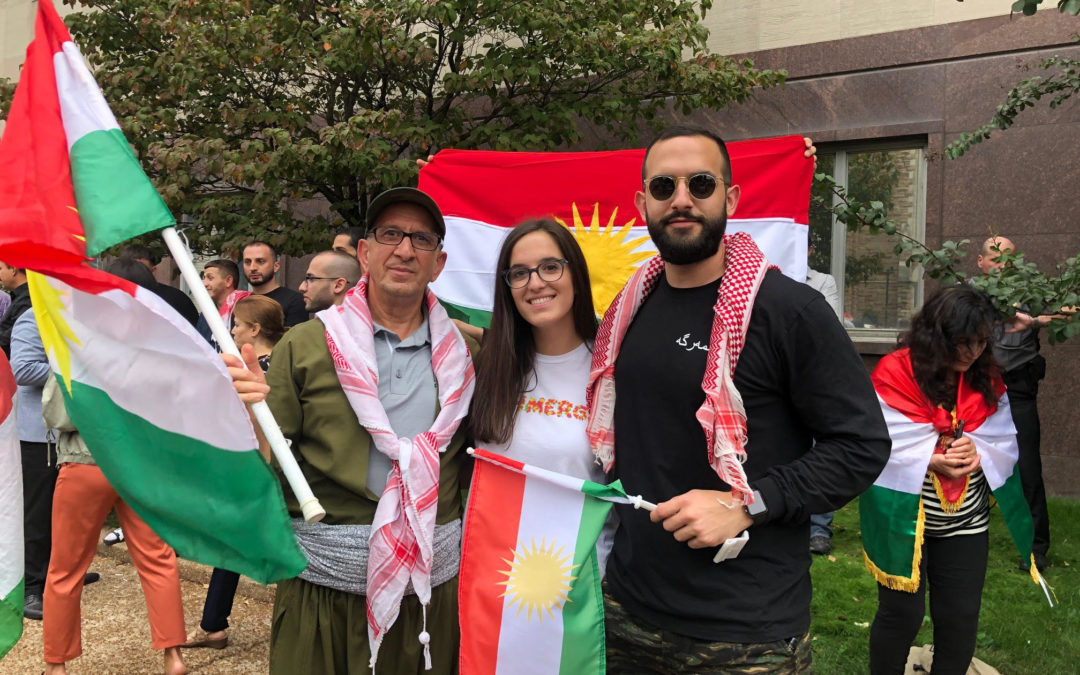 The Turkish invasion of northern Syria has at least one Lipscomb student wondering if she’ll ever be able to visit her Kurdish relatives in the region.

Rojeda Merani and her two siblings grew up in Bellevue, the children of Kurdish refugees who had fled the Kurdistan region of Syria.

“My whole life it was always, God Bless America,” she said. “America allowed my dad to come over and find a job in Miami,” which opened the door for the opportunities the family now has.

She said she is unsure what she feels after President Trump made a deal a couple of weeks ago with Turkey’s president that called for American forces to be withdrawn from a  strip of northern Syria, allowing the Turks to launch artillery and air attacks and eventually come in on the ground, forcing the Kurdish occupants to flee.

Those Kurds had been America’s allies in the defeat of ISIS, the radical and murderous Islamic State. About 11,000 ISIS troops had been captured by the Kurds and the Americans and were held in prisons in the section Turkey invaded.

Many of those ISIS members were able to use the unrest to flee their prisons.

Most of Merani’s cousins, uncles, aunts, and grandparents remained in Syria in the years since her father and some friends sought refuge in the U.S.

Because of the U.S. pullout and the Turkish invasion of that part of Syria, those relatives have — like thousands of Syrian Kurds — fled to the Kurdistan region of northern Iraq.

Kurdistan actually has borders inside Iraq, Iran, Syria and Turkey, but that territory is not considered its own country by the governments in the Middle East.

The Kurdish have historically been the object of attack and discrimination by the countries in which their territory is located.  For example, Iraqi dictator Saddam Hussein — who was hanged in 2006 after his Army was defeated by American and allied forces — had used mustard gas to murder thousands of Kurds, an atrocity that helped propel the 2003 war that led to the American occupation.

The Merani family used to visit Syria’s Kurdistan region, but she says they don’t believe it would be safe now.

The Merani family is a part of the largest population of Kurds in the United States. At least 15,000 of America’s 40,000 Kurds call Nashville home.

“It’s like we have our own little Kurdistan family,” said Merani. Other Kurdish students at Lipscomb, declined the opportunity to be interviewed.

Much of that population participated in a large rally October 18 at the federal courthouse on Broadway in downtown Nashville.

Most of those Kurds expressed their feelings with signs and chants of their love of the U.S. — but they have serious questions about the president.

“We don’t know why President Trump decided to make this decision, we have an idea of what could have been the cause but nothing factual,” Merani said.

The American forces who were removed from the region in northern Syria, now patrolled by Turks and their Russian allies,  were relocated to protect oil fields elsewhere in the country.