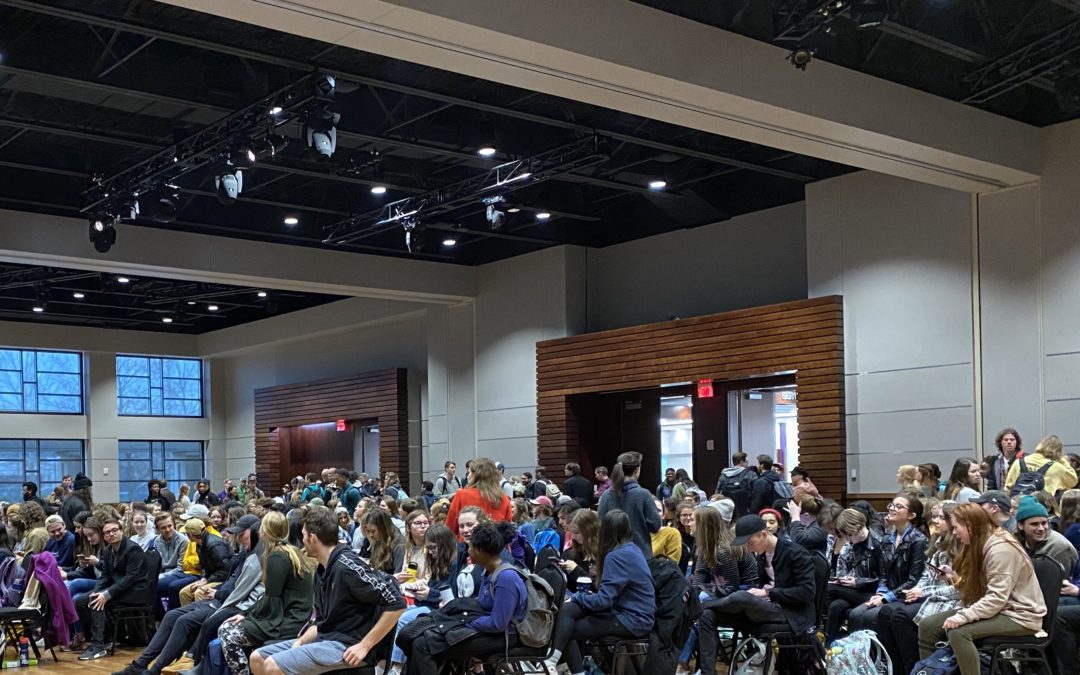 Vice President of Student Life and Dean of Students Al Sturgeon hosted a breakout chapel on Thursday to be used as an open forum for students to address their grievances over their concerns about Tuesday’s Gathering talk by Siran Stacy.

Sturgeon asked that there be no media in the talk to respect student privacy and create a safe place.

SGA President Jack Webber shared his thoughts on how the breakout chapel went.

Some students are still calling for more clarity from the university.

“We still need more clarity on where exactly the university stands in affirming the identities of members of the LGBT community and as far as recognizing that they are safe and supported at this university,” said Codie Miller. “But I do appreciate what he did here today, and we’re just going to keep pressing for more clarity on that.”

The breakout chapel, held in the Shinn Center ballroom, was standing-room-only, with the crowd spilling out into the lobby.

Following the chapel Provost Craig Bledsoe sent an email to faculty that addressed the issues from Tuesday’s Gathering:

“You are likely aware in the Gathering on Tuesday the speaker, Siran Stacy, was invited to talk about finding faith and purpose after the tragedy of losing his wife and four children when their car was struck by a drunk driver in November 2007. During his talk, he took his remarks in another direction that we did not expect. We have heard a number of reactions from students about the remarks that were made, and a number of students have shared with the Office of Student Life team over the last 48 hours hurt and frustration, and some have expressed that they do not feel safe on campus.

“As you are on the front lines with our students every day, you may have already had some students come to you to express concerns and to share their feedback. To help prepare you for these moments that may happen, I wanted to share with you some information that may be useful to you as you are having these conversations.

“If you encounter a student who is exhibiting concerning behavior such as self harm or harm to others the Office of Student Life has a resource that might be helpful. As a faculty member, if you become aware of information about a student’s situation that is concerning to you but where the student’s immediate safety and well-being is NOT in jeopardy, please report this information to the Behavioral Intervention Team via the online referral form. The BIT is not an emergency response team.”

“I think that hopefully, this was a bad thing that happened this week but there are gonna be good things that come out of it as a result,” Webber said, “and it’s going to leave the university in a better place and better equipped to do these conversations on a day-to-day and not just when something crazy happens.”