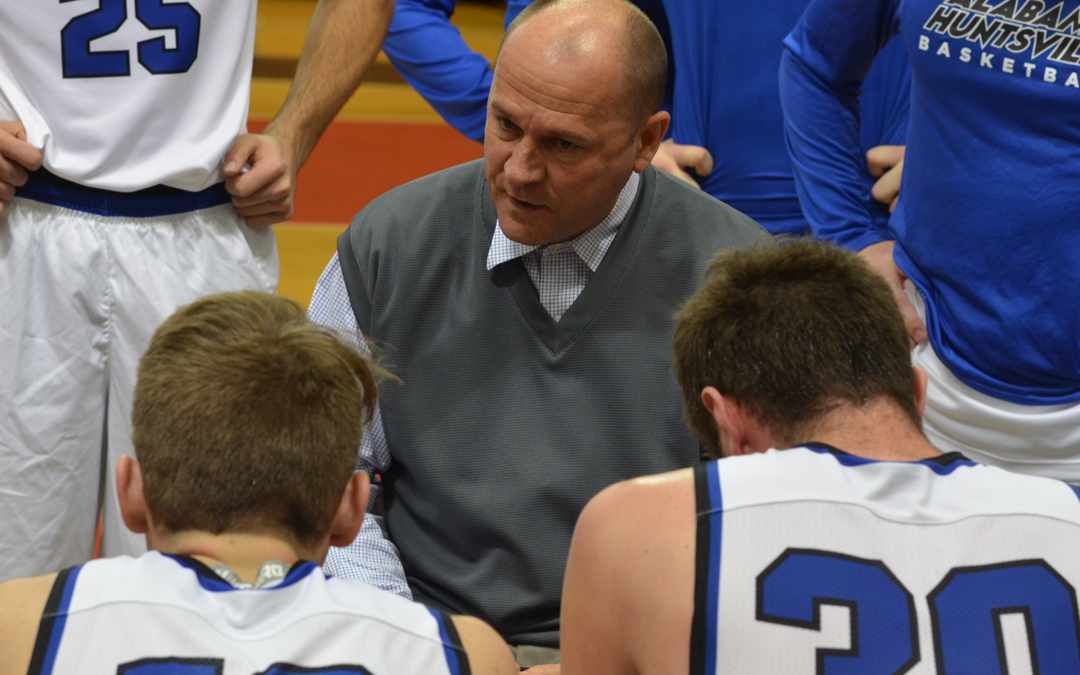 Longtime Alabama-Huntsville coach Lennie Acuff has been named Lipscomb’s next basketball coach, the school announced in a release Tuesday afternoon.

Acuff will be formally introduced to the Lipscomb community on Wednesday at 2 p.m. CT in the Paul Rogers Board Room in the Ezell Center.

“I am thrilled, very humbled and thankful for the opportunity,” Acuff said in the school’s release. “I understand the tradition that exists with Lipscomb basketball and I will do everything I can to continue to build upon that tradition.”

Acuff has served as UAH’s head coach for the last 22 seasons, growing the Chargers into a national power on the Division II level. He owns a 437-214 record at UAH and an overall record of 554-325 in 29 total seasons as a head coach.

Acuff was reportedly a candidate for the Lipscomb job in 2013 when then-Stetson coach Casey Alexander got the nod. Ironically, Acuff now replaces Alexander, who left for Belmont on April 10 after guiding Lipscomb to three consecutive 20-win seasons.

“I have always wanted an opportunity to coach at the Division I level,” Acuff said. “I felt like if I were going to do it, it would need to be an institution I felt I was in alignment with from a faith-based and values situation, and Lipscomb had that.

“The type of players at Lipscomb are the same type I recruit in Huntsville, high-character kids that they’ve developed. Coach (Casey) Alexander built a great culture and they have had an amazing couple of seasons. That put Lipscomb basketball on the mid-major map.”

Acuff was also rumored to be a finalist for the Jacksonville State job in 2016, but that position was filled by former WKU coach Ray Harper.

Acuff graduated from Shorter College in 1988 after a standout basketball career for the Hawks. He then became the nation’s youngest head coach at a four-year university by accepting the job at Belhaven University at age 25.

The Huntsville native later became head coach at Berry College and led the Vikings to back-to-back 20-win seasons in his final two years of his four-year stint.

But it was at UAH that Acuff really blossomed. Since taking the reins in 1997, Acuff has led the Chargers to three Gulf South conference championships and 11 trips to the NCAA DII tournament. He was named GSC Coach of the Year eight times from 1999 to 2016.

Acuff’s coaching staff has not been announced, although two of Lipscomb’s previous assistants have already accepted jobs elsewhere. Steve Drabyn was named head coach at Bethel College (Ind.), and Sean Rutigliano joined Alexander’s staff as an assistant at Belmont.