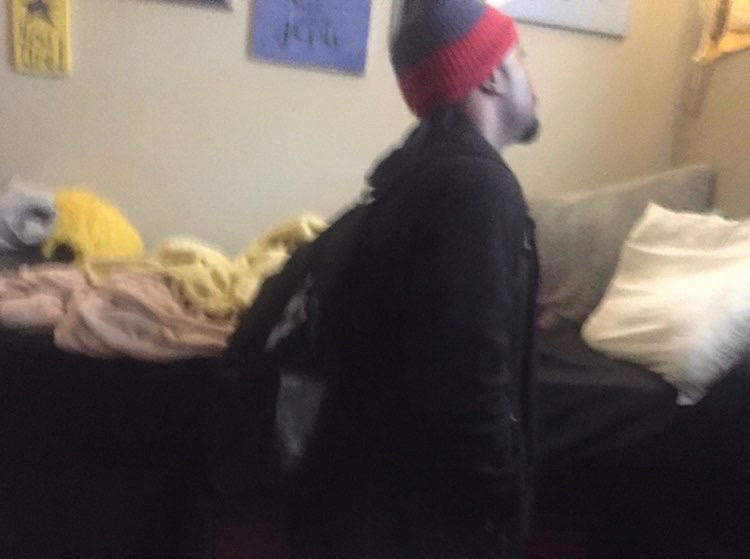 Grace Daubenmier, a sophomore psychology major from Kijabe, Kenya, said she awoke to a man entering her dorm room in search of a girl named “Niesha.” After Daubenmier informed the unidentified male that her Fanning suite housed no one by that name, he left the room but ended up returning, proclaiming that he had the correct suite number, she said.

“I think Bekah [her suitemate] saw him, and he was like, ‘Well, there is this girl out there who saw me, so I need to close the door.’ So he closed the door,” Daubenmier said. After he closed the door, he began a search of the dorm room.

“I asked him if I could help him, and he started looking around the room and looking at pictures and said that he sells vapes,” Daubenmier said. “And then he was asking me questions about what I like about the school and where I’m from.”

Daubenmier said she answered his questions while trying to text her friends that he was in her room. During the exchange, Daubenmier ended up giving the man her Instagram to keep him calm.

“I was like, ‘Actually I think you need to go,’” she said. “I walked him out, and right after I came back, he was texting me that if I found the girl then he would be waiting out back.”

Daubenmier called her RA, who ended up contacting Campus Security.

“Officers responded immediately, and the young man left campus,” said Assistant Vice President of Public Relations and Communication Kim Chaudoin. “This is a good opportunity to remind all students to be aware of their surroundings, to lock their dorm room doors, not to prop open doors to the outside and to practice good personal safety.”