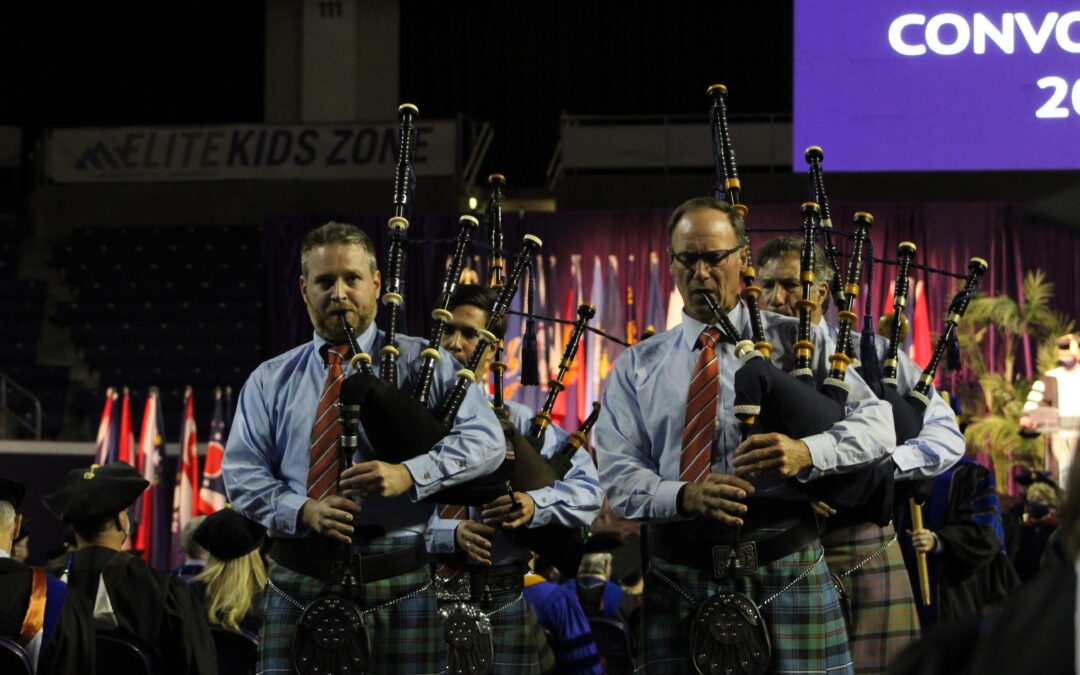 With the tolling of the bell, Tuesday’s Presidential Convocation officially marked the start of the 2021-2022 school year, with outgoing President Randy Lowry and his successor Dr. Candice McQueen both looking toward the future.

McQueen said she formed three phrases to help everyone navigate through this academic year together. The first is “being a light,” she said. That starts by learning and growing in Christ, whether it be through plugging in at the Gathering, breakouts, classes, discussions with friends or even at your local church, McQueen said.

“Being a light will force us to put away our selfish ways and demands that we actually put a spotlight on [Jesus] and others,” she said.

Then comes “bringing your best,” she said, noting that means to reach out for others who cannot do for themselves.  She said the community members must be prepared to encourage others, while also holding themselves accountable to a high bar.

“Bringing your best requires forethought, intention and discipline—it does not just happen,”

Finally, she said it is a matter of beginning the process.

A highlight from the event was the presentation of the Kopio Award, given to Dr. Carl McKelvey. McKelvey,  the executive vice president of the Center for Spiritual Renewal, has been a part of the Lipscomb community for nearly 70 years (recently celebrating his 90th birthday). 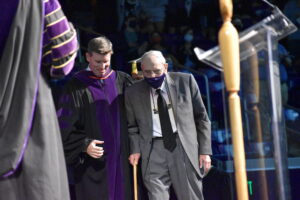 Outgoing President Lowry noted that for more than 60 years, McKelvey and his wife have loyally donated and invested themselves in the Lipscomb community, so that students and faculty could be in such a “character-driven” community.  Lipscomb Senior Vice President of Advancement Dr. John Lowry said that a new giving organization, the McKelvey Society, has been established in honor of the couple.

“[The McKelvey Society] will recognize those who give on a consecutive basis to Lipscomb University, it will forever be known as the society that is modeled after a friend of this university, that not only gave his life but also made investments in this community in terms of opening doors to students and providing opportunities for faculty,” said John Lowry.

Toward the end of his final address to the Lipscomb community, President Lowry reflected on leaving his presidential position late Monday night. He shared that he and his wife, Dr. Rhonda Lowry, do so with “tremendous confidence” regarding the faculty, the student body, an administrative staff, the college supporters, and, of course, in McQueen.

He said he and his wife give thanks for every moment and memory collected in the last 16 years, but now they are “readily waiting” to support McQueen as the university’s 18th president.

“Today we are prepared to hand the baton off, but we know there is someone who will accept it and run the race as hard as she can for the benefit of you and this institution.”