Lighting of the Green returns to bring Christmas spirit 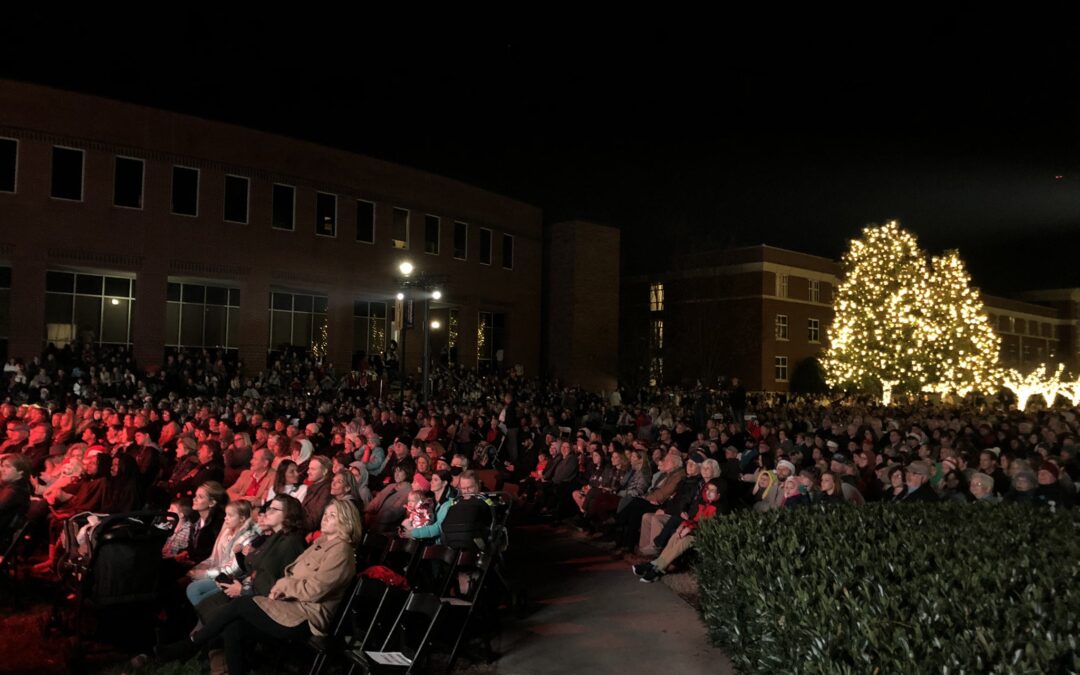 Students, family members and Nashville residents gathered on Lipscomb’s campus Tuesday night to celebrate the 17th Lighting of the Green. It is an annual tradition hosted by Amy Grant that ushers its attendees into the holiday mood.

Some family-friendly festivities began as early as 4 p.m. including a photo opportunity with Santa for the children and a holiday market with specialty vendors.

When the sun went down and the many Christmas lights began to glow brighter, the concert began. The grass outside of the Student Activities Center that usually lies empty was converted into a space for hundreds, complete with a large stage, speakers and seats for guests.

Since the event was entirely virtual last year, many expressed their feelings on returning in person.

“Are you happy to be back live this year?” asked NewsChannel 5’s Leland Stanton, the emcee for the event. He received delighted applause from the audience.

The opening act was Lipscomb Academy’s chorus followed by Amy Grant’s first appearance. Grant has been with the event since its first show almost two decades ago.

“I cannot believe we’ve been doing this for 17 years,” said Grant. “It’s so wonderful that you all made the effort – I have no idea where you parked or how far you walked!”

Her second song was her own classic “Tennessee Christmas.”

“Alright, it’s Christmas,” Winans said before jumping into her upbeat performance. Let’s have some fun!”

There were several other songs from the university choir and Corinna Gill, who is Grant’s daughter. Not only was there abundant Christmas music featured, but some clips of classic holiday movies were also played, such as the ending of A Wonderful Life.

The event centered on holiday cheer but also incorporated the Christian faith during this season.

“We are celebrating the coming arrival of Jesus of Nazareth and how that has affected the whole world,” Grant said. “We welcome each other tonight, and we welcome the advent of the Christ child, and all that under the umbrella of a Tennessee Christmas.”

Winans also expressed her religious connection to the holidays through the Christmas songs that were performed throughout the concert.

“I get the chance to sing one of my favorite songs with this incredible choir,” she said. “To me, it’s one of the greatest Christmas songs ever written because it just makes you feel like you’re there, you’re there that morning that Jesus was born: ‘O Holy Night.’”

Before President Candice McQueen came out to speak and Grant closed out the concert, Grant referenced the female-dominated show.

“All of our guests tonight are women,” she said, adding that McQueen is Lipscomb’s first female president. “I think that…it just had to be a night of all women.”