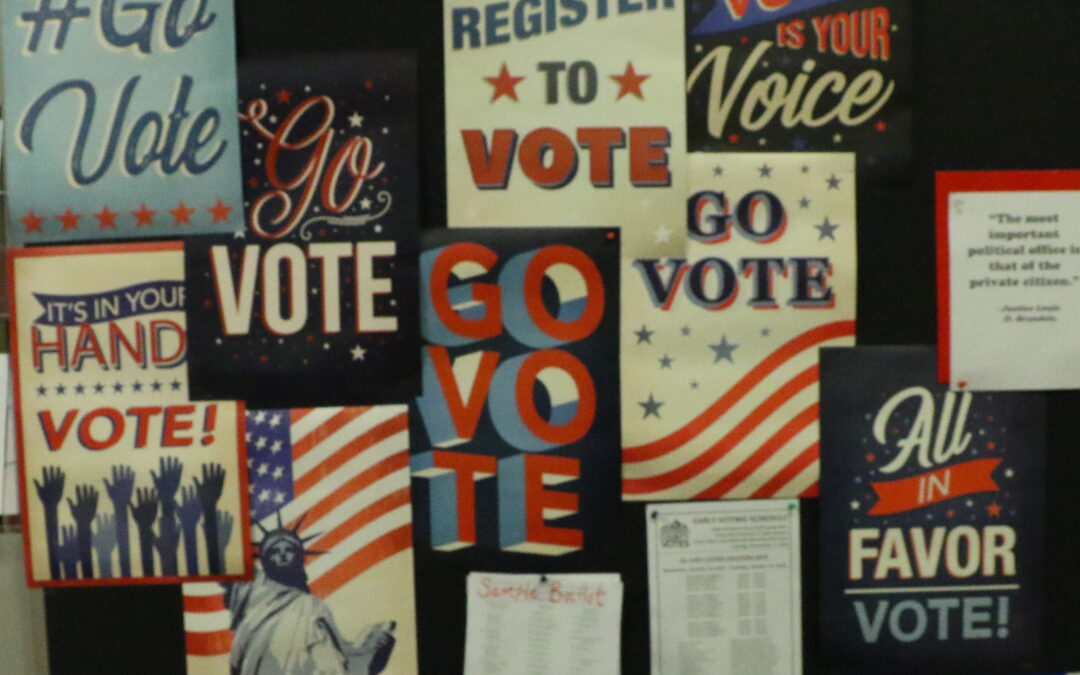 As election day winds down and the nation gets closer to learning who will be president for the next four years, some Lipscomb students were eager to share their opinions about just how important it is for American citizens to vote.

Political science major Austin Travis said voting is a key part of keeping a republic and the government running.

“I think it’s so important,” said Travis, “Turning out to vote is how we keep our democracy and our system of government. Elective leaders don’t have a mandate to govern if nobody turns out for their elections. They don’t really know if they have the support of the absolute majority of the voting population because they just don’t turn out to vote.”

Political science major Elena Walker said she was just thrilled to get the opportunity to exercise the right to vote in a presidential election for the first time.

“It was exciting,” said Walker. “But I think also with the two options it was kind of hard to choose I think with the current political environment.

“But it’s still important to vote, so I voted. I think its really important because there are a lot of countries around the world where people don’t even get the opportunity to vote. Especially being a woman, that’s kind of an anomaly in today’s world, so I think it’s really important that we exercise our right even whether or not we think it’s going to have an effect or not.”

Lumination Network will have you covered with the details as the election day winds down and the decision is made.

Check back here for more information through this historic day and on through Wednesday.

You can also tune in live to the Bison Radio for live election-night coverage.