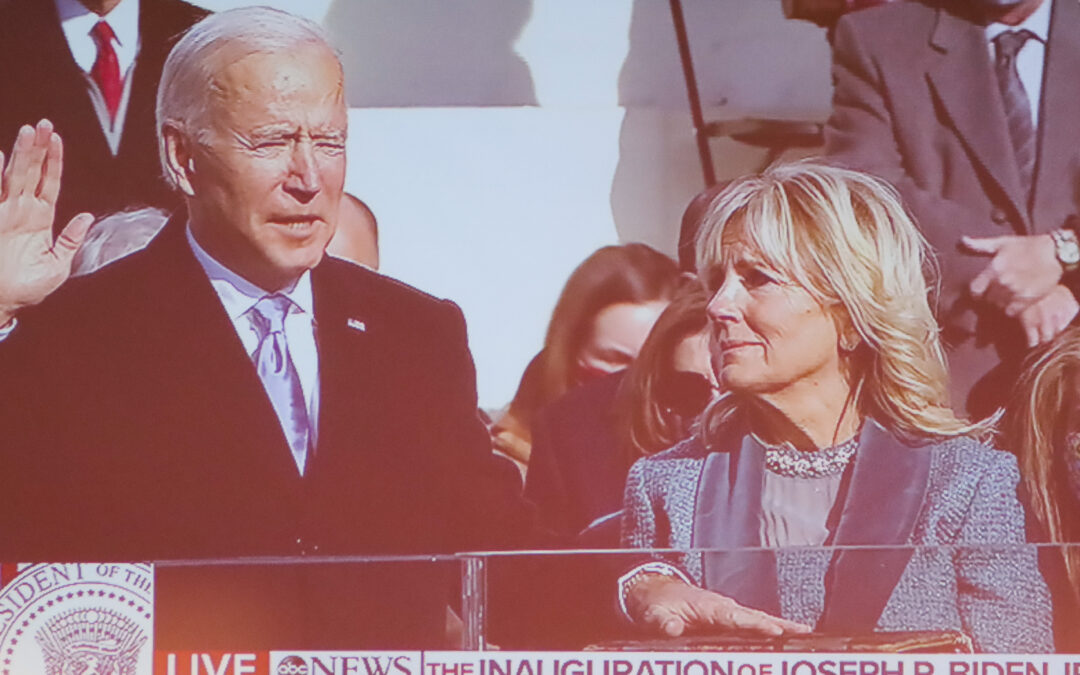 President Joe Biden looked toward a future of unity as well as to the problems he inherited when he took the oath of office at high noon D.C. time Wednesday.

“This is our historic moment of crisis and challenge,” the newly inaugurated president said in his address that was greeted with enthusiasm around the world and at Lipscomb, where a socially distant viewing party took place.

The inauguration was historically important in many ways, including the fact that Biden’s Vice President Kamala Harris is the first female to hold that office. She also is the first Black and Indian-American vice president.

This inauguration held special significance for many reasons including a raging pandemic (U.S. COVID deaths surpassed 400,000 in the day prior), a fortressed Capitol and the notable absence of former President Donald Trump, who broke with the nation’s symbolic peaceful transition — a shining light to the world — by flying to Mar-A-Lago, his exclusive Palm Beach resort rather than attending the ceremony.

Former presidents George W. Bush, Barack Obama and Bill Clinton and their spouses attended the inauguration as well as joined Biden and Harris for a wreath-laying at the Tomb of the Unknowns at Arlington National Cemetery.

The only other living President Jimmy Carter, 96, could not attend the ceremonies because of his age, but Biden took note of Carter and his support. Carter, who took office in 1977, expressed his regrets and gave Biden a pep talk over the telephone the night before the inauguration.

During the Lipscomb viewing, Kimberly McCall noted the importance of the ceremony.

“In light of the events that took place in the Capitol…the inauguration of our President, every four years, signifies that the rule of law endures,” said McCall, academic director of Law, Justice and Society.

“Today is different from other days from other inaugurations, but it’s also very similar.”