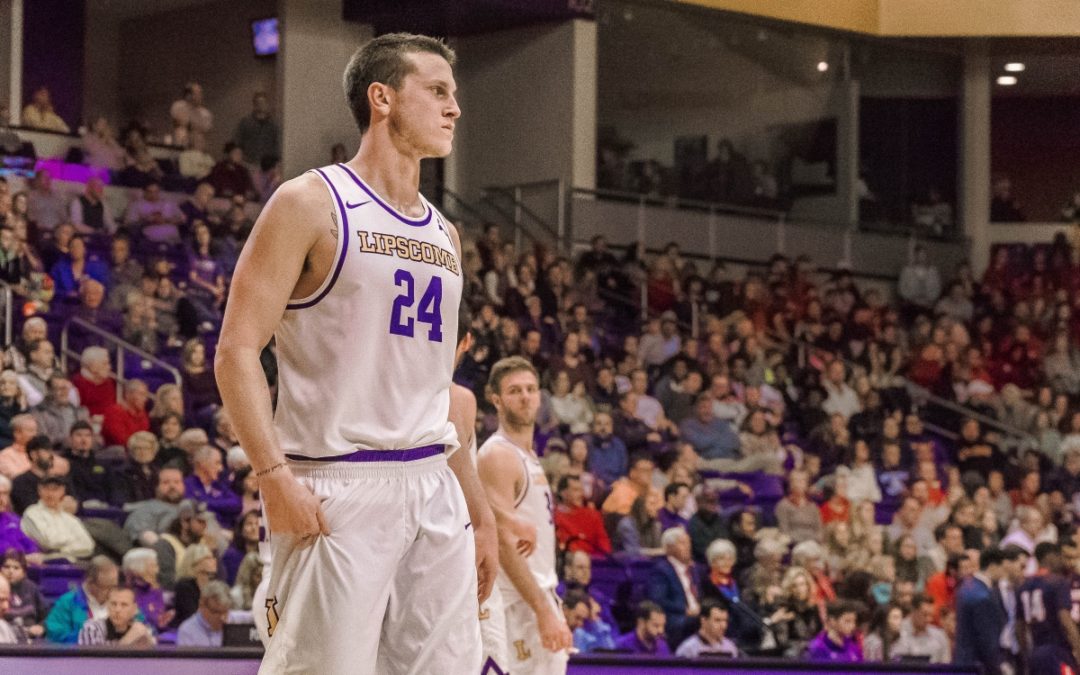 Allen Arena was crowded with predominantly Bison fans for Thursday night’s edition of the Battle of the Boulevard. But the Belmont faithful traveled two miles down the road, took over a couple of sections and made their presence known.

The Bisons nearly overcame a 19-point deficit, but a late-game turnover with nine seconds left prevented that from happening.

Meanwhile, Belmont freshman forward and Nashville native Caleb Hollander posted a 21-point performance, and he also had the play of the game when he forced the game-sealing turnover against junior guard Kenny Cooper.

The first half was a tale of momentum swings. Belmont started out hot with a 15-5 lead, but the Bisons responded with a 25-9 run. The Bruins eventually went on a 13-4 run to take a 37-34 halftime lead.

Fast-forward ten minutes through the second half. During a media timeout with 10:57 left, the Bruins held their largest lead of the game at 19 points, 65-46.

That all changed when the Bisons posted a 7-2 scoring run led by five points from Cooper.

When the Bruins started making things difficult for Lipscomb, the Bisons scored four-straight three pointers, two of them by junior guard Michael Buckland, to make the score 77-76 in favor of Belmont with 3:12 left.

Later on, with 72 seconds left, the Bruins scored on a long-distance three-pointer by Murphy with an expired shot clock to put Belmont up 86-80.

At 19.5 seconds to go, Mathews scored three to cut the Belmont lead to 86-83 with 19 seconds left. Lipscomb intentionally fouled Murphy on the ensuing Belmont drive.

What happened next was perhaps the trademark moment of the entire night.

Murphy missed both of his free throws to give Lipscomb one final scoring chance with about 16 seconds left.

With nine seconds left and an electrified Lipscomb crowd anticipating a potential three-point shot, Cooper turned the ball over to Hollander while trying to find a shooting lane. A Lipscomb intentional foul was not enough, as Belmont freshman guard Tate Pierson converted one-of-two free throws to ice the game with just over a second left.

“[Hollander] made a good play,” Alexander said. “The last thing you can do is take the possession away from yourself… but I give Hollander credit.”

Lipscomb senior forward Rob Marberry made his season debut against the Bruins after missing the first two games of the year with a hand injury. He scored 12 points.

Lipscomb’s next game will be Saturday at SMU. Tip-off is scheduled for 6 p.m.

Feature photo by McKenzi Harris, view her photo gallery of the game HERE.