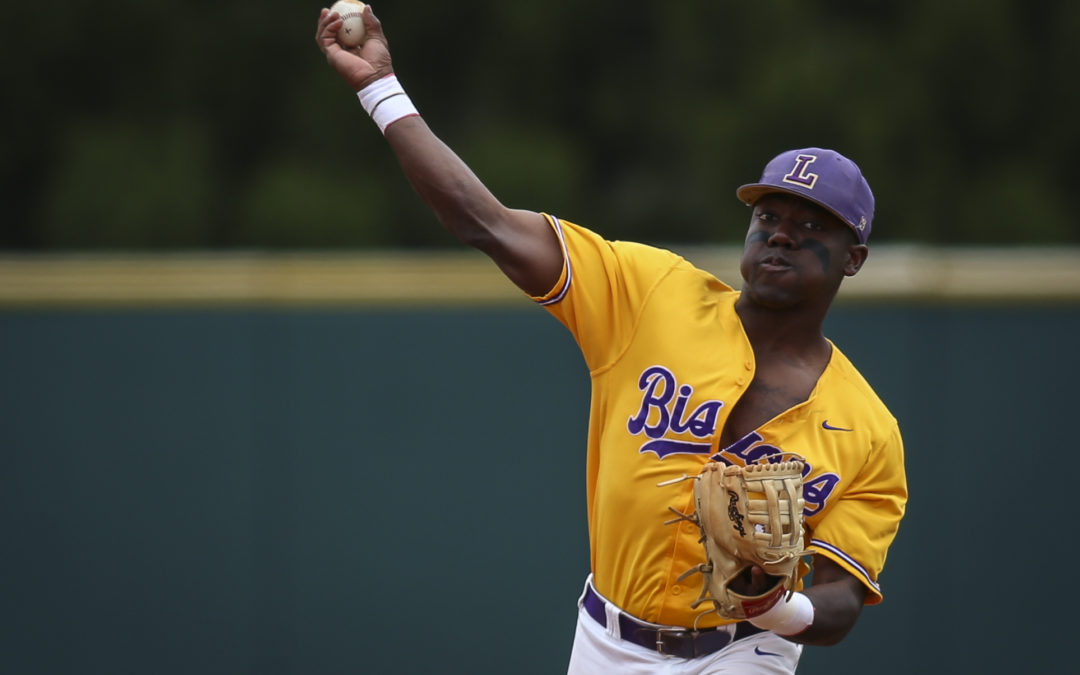 Lipscomb infielder Lee Solomon was scrolling through his Twitter feed Wednesday, looking to find out if any of his friends had been selected in the MLB Amateur Draft.

Around 2 p.m. central time, the Ohio native opened his laptop to see his own name appear on the screen. The San Diego Padres had taken Solomon in the 25th round with the 741st overall pick.

“It was an intense day, for sure,” Solomon said. “My mom was blowing up my phone trying to see what was going on. It’s a blessing to go to a great school like Lipscomb and come out with a chance to play professionally.”

“I heard from some other teams, but I built a strong relationship with the Padres over the past few years,” Solomon said. “I was happy to be taken by them.”

Solomon missed nearly three weeks of the 2018 season with a broken hamate bone in his left hand. After a minor surgery and some rest, the second basemen returned to the lineup and went on a tear at the plate.

He clubbed five home runs in his final eight games to finish the season with a .286 average and 25 RBI.

“Getting healthy helped me a lot,” he said. “I tried not to press too much. After you’re out for a while, you just want to be back out there to help the team win.”

He is the 12th Lipscomb player to be drafted in the Jeff Forehand era and the only player selected from this year’s team.

“The coaches, the players and everyone associated with the program have been great to me, so I’m definitely going to miss playing at Lipscomb,” Solomon said.

He graduated with a Law, Justice & Society degree in May and eventually hopes to go to law school. For now, he’s committed to taking his baseball career as far as he can.

“Those plans are momentarily on hold,” Solomon said with a laugh. “I’ll probably (go back to school) down the line, but for now, I’m going to keep swinging the bat.”

Solomon is bound for the Padres Spring Training complex in Peoria, Arizona, where he will receive his minor league assignment. He is likely to join the rookie league Arizona Padres and begin playing games later this month.

“Being in Arizona will be nice, because my grandparents live close to the team’s facilities,” Solomon said. “Hopefully I’ll get to spend some time with them.”