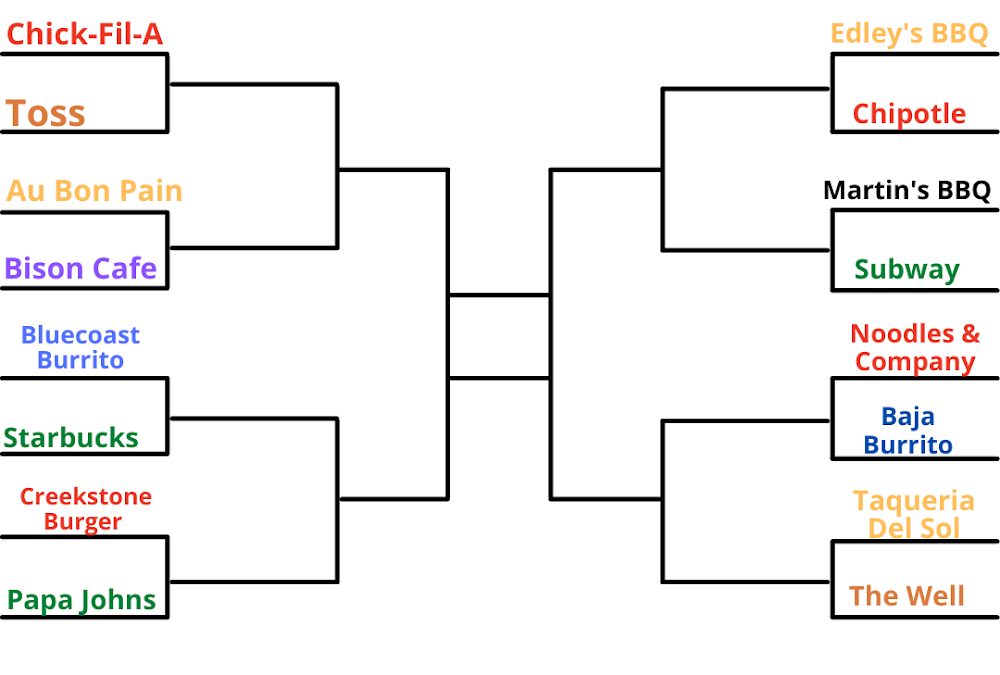 The online tournament pits on-campus dining options against local favorite restaurants to determine the best place to eat while at Lipscomb. Competitors include campus center staples such as Chick-Fil-A and Starbucks as well as off-campus spots like Martin’s Bar-B-Que Joint and Taqueria Del Sol.

The first round kicked off on March 23, but it is not too late to make your picks! Check one of Lumination’s social media accounts to view the bracket and vote to choose between your favorite of the day’s two choices. The winner of the daily poll will advance to the next round of the tournament. The Final Four will begin on April 4 and the championship match-up is set for April 6. May the best restaurant win!