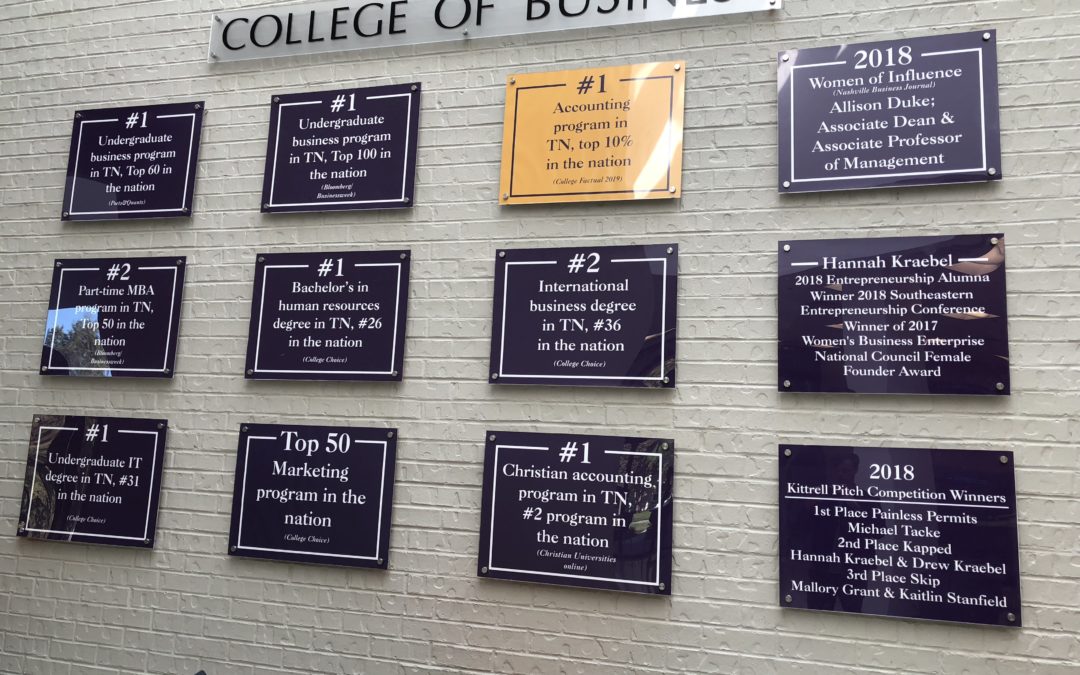 Two-thirds of the 32 graduate students in Lipscomb’s new Fast Track MBA program were found to have cheated on an online, take-home final exam.

“I found out from one of my colleagues who apparently heard from a student in the class,” said Dr. Joe Ivey, the professor of Applied Value Creation, the course in question, which ended in September.

Twenty-one of 32 students in the brand-new program were found to be cheating on the exam.

Lipscomb’s Academic Integrity Board oversees issues of cheating and plagiarism. The board does not step in unless it is a student’s second offense. For a student’s first offense, the consequences are at the discretion of the professor of the course.

Ivey said he will meet individually with each student and decide what actions will be taken.

Dr. Rick Holaway is in his first year as Lipscomb’s director of graduate programs, and said he was “disappointed” with the students.

“In the College of Business, one of our values is credibility, which ties in honesty and integrity and all those sorts of things,” Holaway said. “So it’s really a good teachable moment.”

Students were instructed to take the final exam online, through Canvas, from home. It consisted of two parts, with a majority of students doing poorly on the first section, Brammeier said.

The second part, which the class took a week later, consisted of writing problems that required the students to show how they got their answers. Brammeier said two separate groups of students met up to work on the test together, while some called friends and family members for help.

“Applied Value Creation is a difficult topic because it is tying economics and finance into one class,” Holaway said. “That’s a lot to put in five weeks.”

The Fast Track program kicked off in June. The first class will graduate with MBAs by the end of May 2019. That leaves 12 months for the students to complete 36 credit hours, or two classes per month.

“It is an intense program, but it is a graduate program,” Dr. Ivey said. “Business is intense, and so you need a certain level of skills to be successful. That’s what we’re trying to teach.”

“We believe very strongly that business people need to be credible, and credibility comes from dealing with things the way that people expect them to be dealt with,” Ivey said. “So we expected the exam to be performed a certain way, and we will deal with that in a credible way also.”

This article has been updated to: