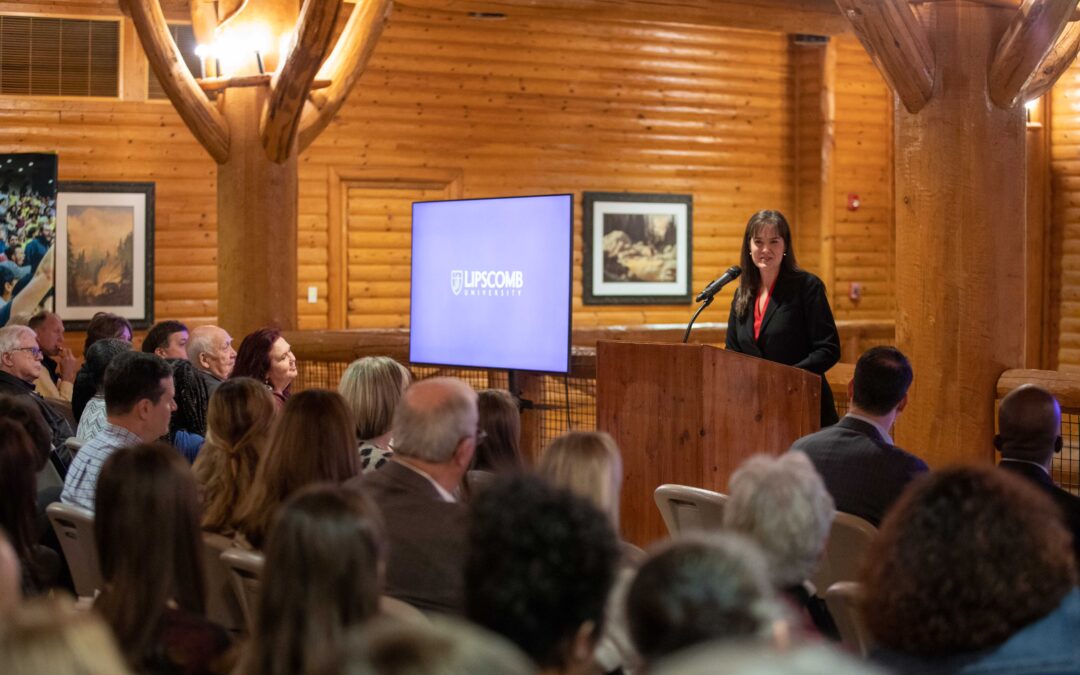 At the beginning of her tenure as Lipscomb’s President, Dr. Candice McQueen mapped out three goals for her first semester: Get to know the community, discover where gaps lie in the university and start dreaming about what’s possible.

“I will tell you when I started, I began a listening process,” McQueen told Lumination. “I learned some things that I didn’t already know. And then some things were affirmed that I felt like were areas that we needed to focus on or have a strategic attention to. What I have loved is hearing feedback that does now create patterns or themes that you can act on.”

In tackling her initial goals, McQueen said she has discovered a few patterns in comments from the Lipscomb community.

“So all of those have created things that we can start executing on now. And then many will be built into a longer-term strategic plan process.”

The Lipscomb Impact 360 planning process was launched in the fall, and McQueen said she plans to complete and distribute a visioning document in May 2022. The process is being conducted by a planning committee of around 50 key university leaders, faculty of various ranks, students and other key constituencies such as alumni, according to the university website.

“We are beginning on that work built on the [faculty, staff and student] survey, focus group listening sessions that I’ve had and now we’re involving lots of voices from faculty, staff, students, alumni, in building out a new strategic plan for Lipscomb,” McQueen said, “which will truly be a 360 approach. It’s very comprehensive in nature and will include voices from all of our communities.”

This spring, President McQueen has been underway on her Be a Light Tour, an initiative to connect with alumni, prospective students and donors while sharing progress from Lipscomb’s visioning efforts.

McQueen said students have been a key factor in how she began to lead the university. She launched the Student Advisory Council in the fall, consisting of 15 students representing various areas of campus life.

“As I reflect on things that have influenced me the most, it’s been that group,” McQueen said. “What they’ve been able to share and connect with me on that may not be on my radar. These are things that are on their minds. They want to make sure we hear safety, security, academic-advising items. [This semester], we’re going to be talking about campus sustainability planning.”

“All of those areas are areas that we have to be talking about and hear it from the student perspective because they’re living in the dorms, they’re trying to find parking when they come to campus,” she said. “They’re participating in our food service areas all across campus.

McQueen’s inauguration celebration will be March 28-30.

Photo via @Lipscomb on Twitter, President McQueen on her Be a Light Tour