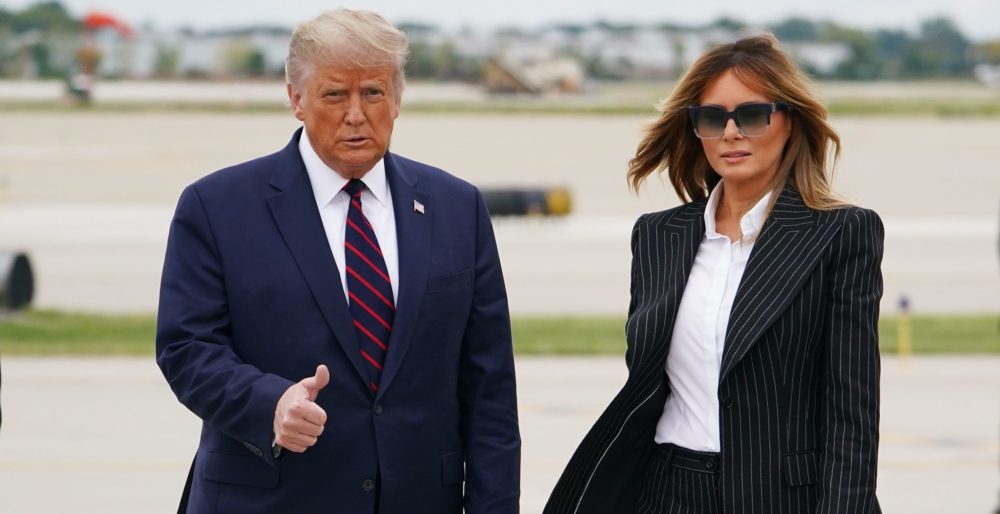 President Donald Trump announced from his social media that himself and first lady Melania Trump have tested positive for COVID-19. This happened shortly after white house advisor Hope Hicks tested positive, which is the reason that the President and First Lady were tested for coronavirus. The White House chief of staff confirmed that the President has mild symptoms. Joe and Jill Biden had themselves tested and both tested negative. The President has also stated that he will not continue campaigning at this moment.

Tonight, @FLOTUS and I tested positive for COVID-19. We will begin our quarantine and recovery process immediately. We will get through this TOGETHER!

This could mean a lot of things for the election trail as it is getting closer to November. Lipscomb Professor and Chair of History, Politics, and Philosophy Marc Schwerdt said that this could “potentially have a very negative impact on his re-election.”

“If President Trump becomes incapacitated, it could be devastating for his election,” said Schwerdt. “The campaign would try to compensate with Vice President Pence. I suspect he will make as many virtual appearances as possible.”

These appearances would most likely be done through various rallies, news conferences, speeches, or interviews.

The current line of succession in the white house could also be affected by the President’s absence with the 25th amendment coming into play — which states who would fill in for the President if they are unable to perform their duties. This would be the first time the amendment is used since the Nixon era of the Presidency.

Currently, the next in line is Vice President Mike Pence. Then, it would go to the Speaker of the House Nancy Pelosi. After Pelosi, the role would then go to the President Pro Tempore of the Senate and Iowa Senator Chuck Grassley. Then lastly if all of those people are not available, it would come down the cabinet officers depending on the date upon the department was created.

Next week the Vice Presidential Debate will be between current Vice President Mike Pence and Kamala Harris. There is some speculation that the event should even be held with Trump testing positive. The event is supposed to be held at the University of Utah in Salt Lake City on October 7th.  If either one of the candidates’ tests positive or the event is not held for any reason, there is a chance that the event will be virtual.