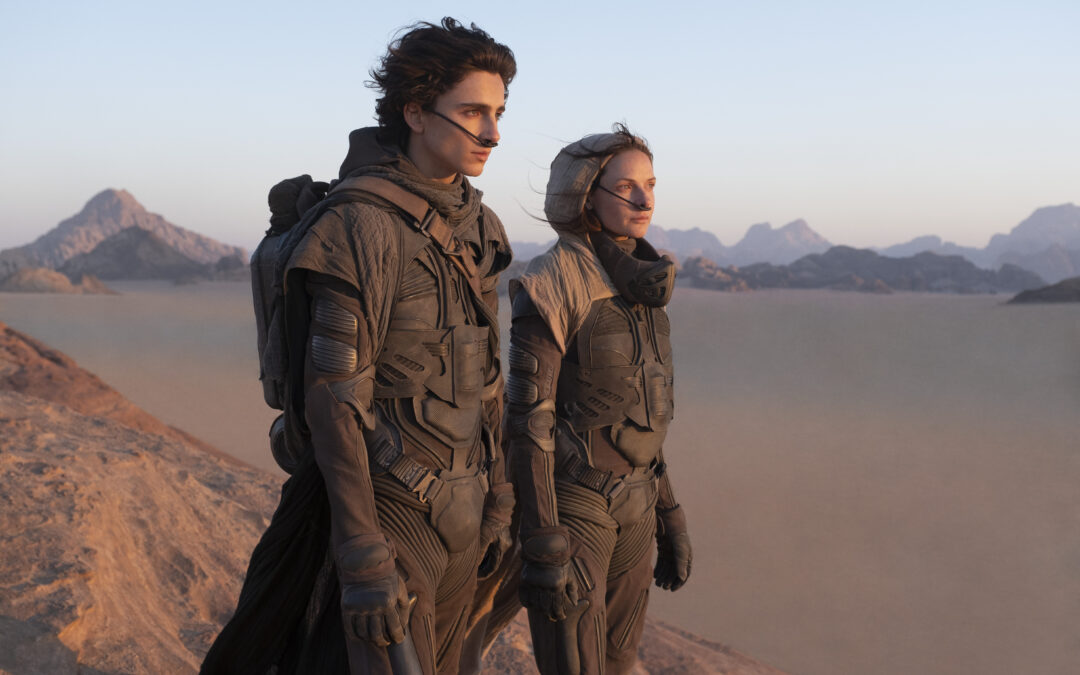 A new film adaptation of Dune, the 1965 novel by Frank Herbert, hit the big screen and home screens on Oct. 22. The movie has a lot to offer crowds, from music to special effects to cast; this movie went all out, but many critics still seem to be against it.

This is a movie that could be the start of the next big sci-fi franchise, but people seem to not be interested in devoting the time to get invested. They find the movie slow when really they aren’t dedicated to plot development.

With a budget of $165 million, this movie could do, and did, a lot. However, when you want to feature giant sandworms and space travel, the money makes a big difference in the overall experience. This movie could have easily fallen short without these funds.

That was one of my big takeaways from this movie, if you have the means to see this film in theatres, you should.

All of the best parts of the movie are amplified in the theatre, both the visuals and the score. If you watch it at home on a small screen and with little speakers, you’re missing out.

Going into this movie, it is necessary to pay extra attention to the first 20 minutes of the film. That was my first mistake, which resulted in me having to watch it twice.

In fact, if you’re like me and haven’t read the book it might even be helpful to familiarize yourself with some key terms. For example, the names of the planets and the names of the houses are how I got confused. And, if you get lost early on, there is basically no hope for you during the two and ½ hour movie.

I think this is where most people’s dissatisfaction comes from. People are no longer interested in taking the time to learn about new universes. They have become comfortable with Star Wars and superheroes and don’t want to take the time and energy to embrace a new one.

Other than that, my only complaints about the movie are minimal. The biggest thing was that Timothee Chamalet was not the best casting choice. “Dune” is a film that brings a new world to the screen, and this just works better when your cast is made up of unfamiliar actors.

It’s much easier to get lost in the world of the movie if you aren’t constantly trying to remember what you’ve seen that actor in before. You’re just able to embrace a new universe.

Not only does Chamalet not really fit the serious and regal tone of the movie, but I also can’t see him as any character past the scrawny guitar player from “Lady Bird”. The rest of the actors, although well-known, weren’t as typecast as Chamalet was.

The decision to cast him probably only came from a desire to bring in more viewers. The only problem: the Venn Diagram of sci-fi enthusiasts and teenage girls who love Chamalet doesn’t overlap all that much.

If you actually want to see it for the plot and not the cast (little spoiler Zendaya is not in more than five minutes of the film, so don’t see it for her), then prepare for a slower pace. A lot of people are calling it “too slow” but really, I don’t think this constitutes a slow movie.

Sure, there aren’t fighting scenes every 15 minutes, but there is an excellent balance of dialogue and action while developing the characters and plot pretty well.

Everyone I’ve talked to that has read the book and seen the movie believed that it’s a solid interpretation. Bringing the book to life is more important than making a movie full of excitement.

People aren’t able to appreciate the value of this movie because they’re used to science fiction that never slows down. That’s another place where “Dune” varies from the movies it’s compared to.

This movie brings the same big-budget, established cast, and intricate plot that we get from Marvel and Disney, but is instead from smaller-scale companies. It was extremely refreshing to see a movie like this that wasn’t from one of the big guys.

“Dune” is doing an interesting thing in putting the film out in theaters and streaming through HBO Max for about a month. And it must be working, because there are a lot of people watching it and a lot more people talking about it.

Despite what the critics are saying, you should dedicate the time to watching “Dune.” Just make sure to pay attention so that you can appreciate all of the good things the movie does, for science-fiction and film in general.