The uncertain reality of election night 2020 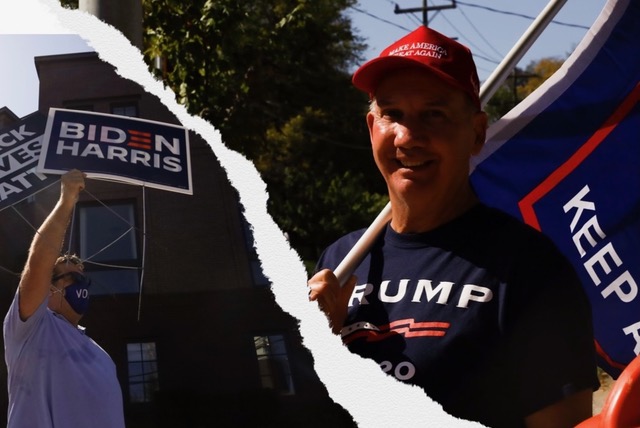 As the reality of the upcoming election sets in, uncertainty about what the night will look like sets in across the nation. During a global pandemic, the US has had an increase in the number of mail-in-ballots, resulting in questions over when exactly we’ll know our next president.

“I’ve read about several scenarios, and nobody really has a definitive answer about it,” says Dr. Marc Schwerdt of Lipscomb’s political science department.

“Either the victory is going to be by a razor-thin margin, or we really don’t have a good handle on exactly what turnouts going to be like, and you’ll be able to see a fairly significant victory.”

So far, voters have cast more than 94 million ballots for this election, a number that makes up more than 68% of voter turnout in the 2016 presidential election. In Texas, a possible swing state for this year’s election, voter turnout has already exceeded that of 2016.

Schwerdt believes that the record number of early voters can be contributed to a rise in total turnout but also fears over Covid-19, he says “Certainly, we are having record early voter turnout, but I think it’s also driven a lot by people who are scared that if they try to go on election day, they’ll have a higher risk of catching something,”

“This is happening especially among older voters or maybe more vulnerable voters who have a pre-existing condition of some sort. I also think we will see higher turnout because that just seems to be the trend for the last two or three elections.”

However, Schwerdt doesn’t see this record turnout favoring one candidate over another. “What’s concerning maybe to the campaigns is that turnout going to be equal among all the different groups that they try to appeal to,” he says.

An increased culture of political polarization in our country is also causing safety concerns in many major cities. In D.C., businesses have bordered up windows while district police have spent $100,000 to replenish their riot-control stockpile.

Happening now – store fronts being boarded up in downtown DC ahead of the election. This is the National Press Building near the White House. @nbcwashington pic.twitter.com/FWd8mK8ZkL

“It is widely believed that there will be civil unrest after the November election regardless of who wins,” said D.C. Police Chief Peter Newsham to lawmakers this month. “It is also believed that there is a strong chance of unrest when Washington, D.C., hosts the inauguration in January.”

Schwerdt holds a more optimistic view on the severity of this unrest, he says “When I’m looking at the actual riots that we’ve had, those have been fairly small-scale affairs, even as dangerous as they were for those localities. Mostly those things became so dangerous, it seems to me as an outside observer, because of a lack of enforcement.”

“I think it’s going to look more a little bit more like what we saw in 2016, where you had a major march take place. You’re going to see a lot of social media outrage, more so than you will see just chaos or something like that.”

When it comes to the results, Schwerdt sees a 35-state victory for President Trump as well as republicans not only maintaining control over the senate but picking up 2 seats. He holds that the house race is a toss-up (slightly favoring the democrats).

More predictions include that of five thirty-eight, giving Biden a 90 percent chance of winning according to current polls.

Lumination will continue to bring you election coverage