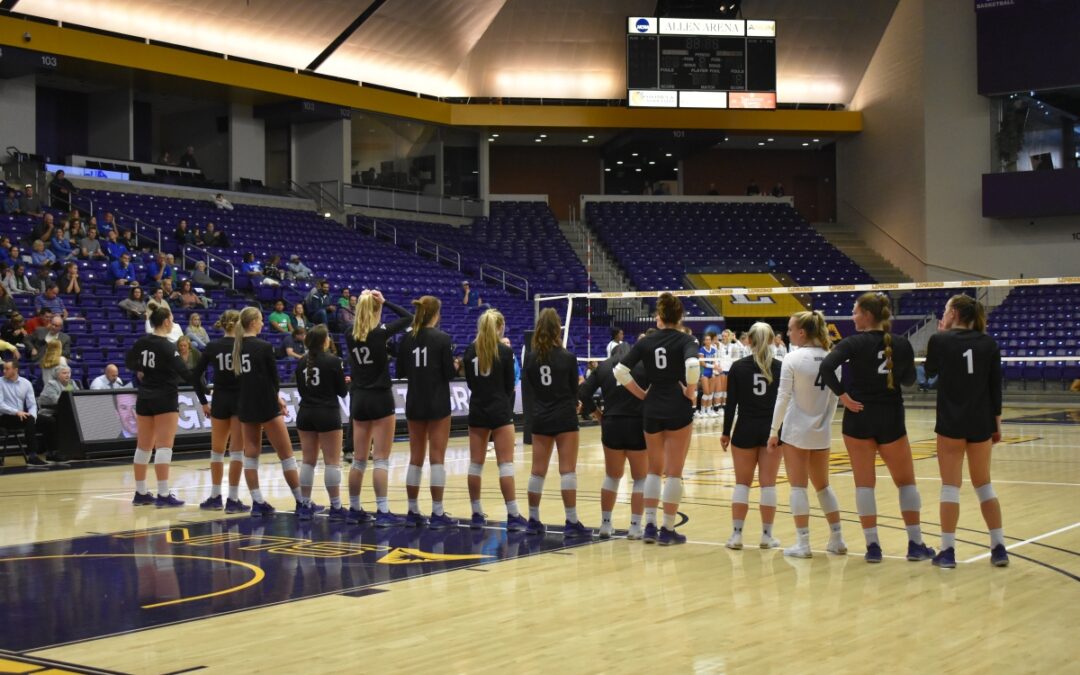 Lipscomb volleyball head coach Brandon Rosenthal was being hopeful that a season on the brink of COVID extinction would be rescued when he was interviewed recently.

Now that the season has been postponed —  the ASUN on Friday announced it was halting all fall sports because of the COVID epidemic and hoping to reschedule them for the spring — his and his players’ hopes have been dashed.  Or at least delayed.

In the interview prior to Friday’s news, Rosenthal said being “resilient” is a key factor for the team because the pandemic already had thrown the games and even practice into an uproar. At the time, possibilities being tossed around included playing only in-conference or moving the season into the spring.

“Anyone who follows college sports understands the dynamics that brought us to this decision, but that doesn’t mean we like it. My feelings right now? COVID stinks. If you weren’t putting my words into a public release, I might put it another way.”

So far, the basketball seasons for men and women remain unaffected, at least in terms of scheduling games.

Scheduling will be a big issue for the fall sports, though, now that they have to wait until spring, if the disease allows for play then.

“We will make every effort to provide a quality competitive experience for our fall student-athletes during the spring semester,” Gumbart said in the conference press release. “We’re not in the position today to guarantee it will happen, but we can promise to make every effort to get there. We owe that to our student-athletes, our athletic departments and our institutions.”

The Friday announcement comes amid a tumultuous time for sports, as caused by the COVID pandemic. For example, just this week, two of the power football conferences — The Big 10 and The Pac 12 — announced they were not going to play this fall and were holding open the option of spring games. The Big 12 announced Thursday they are going to play.  Other conferences have not committed.

And even those plans can change.

Just ask Rosenthal. “I don’t know anything [about the start of the season],” said Rosenthal, before the spike was put in his season by the conference Friday.  “It’s just a big question mark.”

COVID continues to cast a shadow on sports professionally and collegiately, even after the MLB, NBA, NHL, NASCAR, the PGA and WNBA have returned to action in profoundly altered fashion.  There are signs that even though they are playing, COVID could again alter those professional sports; MLB, for example, is dealing with game cancellations because of coronavirus in the clubhouse.

NFL teams are in training camp, but pre-season games were canceled and COVID infections have been reported in some clubhouses.

That unpredictability caused by the disease pandemic affected the Bisons volleyball squad even as they tried to mentally and physically prepare for the season during their summer breaks.

“Lanie Wagner and I are captains, and we’re usually the first ones to hear about something, if there is something, but there hasn’t really been anything,” said senior outside hitter Megan Kuper before Friday’s announcement. “And we have no idea when we are returning to campus.”

The normal summertime drills on campus were canceled because of the virus.

She, like her coach, said, before the final word came through, that “everything (about the season) is a big question mark….”

Rosenthal, though, already had a pretty good idea about what the decision would be. “I would say percentage-wise that it’s probably moving towards playing in the spring,” he said during the recent interview.

The players and coaches say that however the schedule ends up, if it really does move to the spring and materialize, they’ll be ready to play.

“If I can have a last season, whatever that looks like, I will be very, very grateful,” said Kuper.

Rosenthal should feel some relief now, at least that a decision has been made.

“It’s a bit of a challenge, because you need three or four different plans you can pivot to, depending on the situation,” he had said.

“But the most exciting thing for us as coaches is to get the girls back together, whether it’s fall or spring, and start working towards something.”

Zoom calls and group messages are keeping the team connected, and players have been trying their best to stay in shape and game-ready with the challenges of practicing a team sport in isolation.

At the end of the day, players and coaches, while cautious of the virus and its effects, are eager to return to campus, build off of last season, and return to the game they love stronger than ever.

“I love where our group is at mentally,” Rosenthal said. “There’s a tremendous amount of excitement, and I think that that excitement stems from how resilient they are.”

Now that resilience means that Rosenthal and Kuper and her teammates will be in the unprecedented place of figuring out  how to plan for a spring season, as long as COVID allows that to happen.