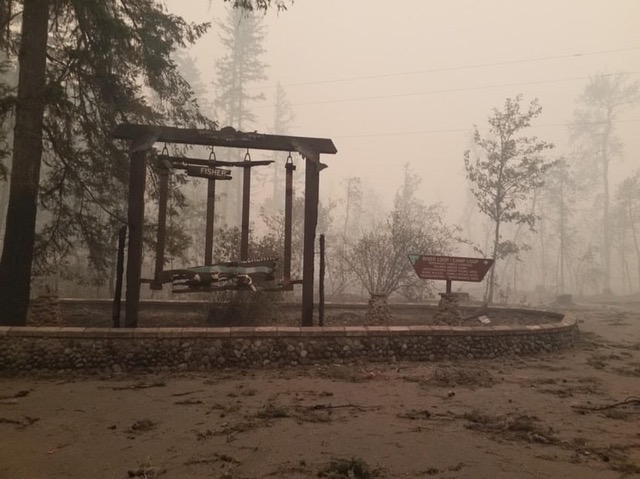 So far, this year has consisted of a local tornado, wildfires burning up the west coast and the southeast facing an unprecedented number of hurricanes. However, extreme weather events like these are not predicted to disappear when the clock strikes midnight this new year’s, they just might be becoming the new normal.

“Climate change is happening; we are seeing the effects now, and we can anticipate that the effects will continue into the future and likely become more severe,” said Emily Jones, Director of the Institute of Sustainable Practice at Lipscomb.

Jones said, “What we know is that the Earth’s atmosphere moderates and plays a huge role in climate and that the earth does go through cycles of warmer and cooler periods based on a host of different factors,”

“Carbon dioxide, methane and a handful of other manmade or human released substances in the atmosphere contribute to warming.”

According to NASA, the planet’s average surface temperature has risen about 1.62 degrees Fahrenheit (0.9 degrees Celsius) since the late 19th century.

“This doesn’t mean that warming is equally spread out across the globe,” says Jones “Sometimes that means some places are wetter than usual or drier than they were historically… the phrase climate change is more broad than global warming because global warming is talking about one change to climate and climate change encompasses other changes like changes in weather patterns.”

These changes in weather patterns are demonstrated by what’s been occurring this year. On the west coast, higher temperatures have dried out vegetation, creating the perfect breeding ground for massive wildfires and making them harder to contain.

“With regard to hurricanes, they’re more frequent and more severe than they have been in the past. There have always been hurricanes, but they have not been with the frequency that they are today,” said Jones.

“Hurricane Katrina was an example of the way that people with fewer options based on their financial circumstances and their social circumstances, fear the worst in extreme weather events,” said Jones. “What happened with Hurricane Katrina was people in the poorest areas of town, who had the least available transportation and who had the most disadvantages overwhelmingly were the ones who perished in that hurricane and flood.”

When it comes to solutions, Jones pushes the Green New Deal, a congressional resolution Introduced by Representative Alexandria Ocasio-Cortez of New York and Senator Edward J. Markey of Massachusetts.

“Pretty much everything outlined in the Green New Deal is addressing social and environmental and economic concerns simultaneously, so it contains a host of fantastic strategies for addressing climate change,” said Jones.

However, the resolution is a huge source of political debate in Washington with concerns over the economic impact of separating from the oil and agriculture industry.

“The Green New Deal is actually super cool; the goal of it is to address climate change, the growing inequalities in the economy and structural racism,” says Samuel Kuhn, a junior Environmental Science major. “It isn’t what most of the major political talking points on both sides about say about it, like it will get rid of cows and airplanes. It won’t.”

For Kahn, the recent advancements in sustainable practices becoming much cheaper than normal polluting practices are a huge win for the movement.

“When we steward the earth effectively we allow for future generations to enjoy an equal, and hopefully, a better quality of life than we enjoy,” said Kuhn. “Most discussions about sustainability separate it from economics, but with climate policy and climate change, sustainability and economics must heavily overlap in order to reduce our emission levels.”