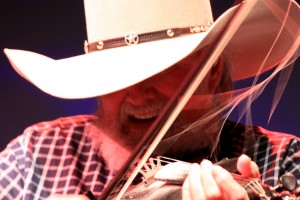 Charlie Daniels, who died Monday at age 83, used his stardom and energy to help veterans’ causes, including helping provide the educational costs for veterans attending Lipscomb.

Daniels, a member of the Country Music Hall of Fame, died after suffering a stroke.

The funeral for the Grand Ole Opry member, best known for “The Devil Went Down To Georgia” and with his Charlie Daniels Band helping to define the “Southern Rock” genre, is at 11 a.m. Friday at World Outreach Church in Murfreesboro.

Sellars Funeral Home in Daniels’ adopted hometown of Mt. Juliet will host a visitation from 10 a.m. until 8 p.m. Thursday.

The singer played a part in Lipscomb’s Yellow Ribbon scholars program, which — along with the Post 9/11 G.I. Bill and Veterans Administration — funds the education of Post 9/11 veterans.

For five years, Daniels put on a concert at Lipscomb for the Copperweld Charlie Daniels’ Scholarship for Heroes to raise funds for Lipscomb University’s Yellow Ribbon Enhancement Program.

The first installment of the Copperweld Charlie Daniels’ Scholarship for Heroes concert was held in spring 2010.

“Charlie Daniels was a talented musician, a man of deep conviction and principles, and a patriot,” said Lipscomb President Randy Lowry. “But most of all he was a compassionate person who tirelessly invested his time, talents and resources to make the lives of others better.”

Daniels was best known for his crossover hit from 1979, “The Devil Went Down to Georgia,” which remains a staple on country and classic rock radio stations.

The song made it to No. 3 on the Billboard Hot 100 and won Daniels the Grammy for best country vocal performance.

Daniels was outspoken throughout his career, though his views changed from that of the hippie who in 1974 sang “Long-Haired Country Boy,” a song that questioned society’s values, to the super conservative of later years.

Regardless, he was an advocate for the First Amendment and for Christianity.

Just because he supported veterans does not mean he supported war. But it was the sacrifice of the young men and women that needed to be remembered, he told Lumination after one of those concerts in Allen Arena.

“War was very real to me,” he said. “I realized that only two things protect America, and that’s the grace of God and the United States military.

“It’s that way then, it’s that way now, and as long as there’s an America, when these folks go and lay their lives on the line for us and come back, we owe them.  I don’t view [the concert] as something glorious that I do, I view it as it is my duty.”

“In the case of our relationship, those lives were Lipscomb veterans and their families. His generous spirit will be missed,” said Lowry.

You can view some of our previous coverage of the Copperweld Charlie Daniels’ Scholarship for Heroes concerts here.