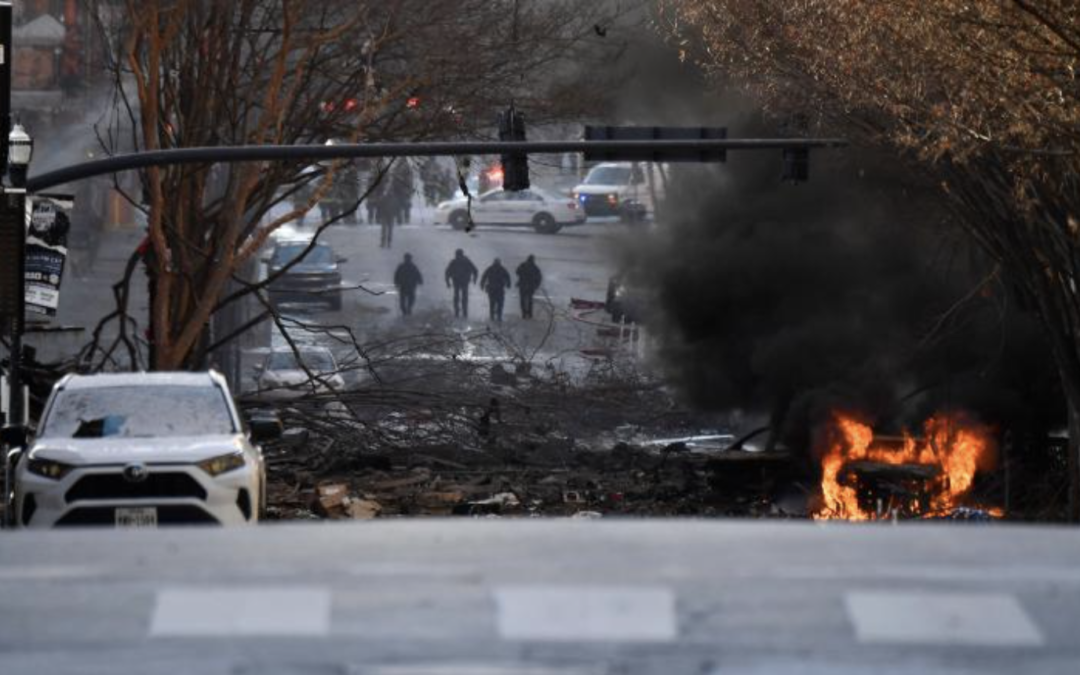 UPDATE: Authorities have identified a suspect of the bombing on Christmas Day in Nashville — Anthony Quinn Warner of Antioch, Tennessee. “There’s no indication presently that anyone else was involved,” said Metro Police Chief John Drake.

Christmas in Nashville isn’t as residents expected. Many residents woke up to an explosion at 6:30 am.

Police were called to check out a suspicious RV parked outside a nearby AT&T building near Second Avenue and Commerce Street before 6 a.m.

The Nashville police department put out this release this morning.

There have been three minor injuries reported, but no major injuries or fatalities.

The FBI has now taken over the investigation.

“Were putting everything we have into finding who is responsible for what’s happened here today,” said FBI Special Agent in Charge Matt Foster in the first Metro Police Department briefing.

There have been an estimated 20 buildings damaged from the explosion.

“MNPD, FBI, and ATF are investigating today’s intentional 6:30 a.m. explosion of an RV outside 166 2nd Avenue North downtown.  Vehicle and pedestrian traffic downtown is restricted as the investigation continues.

Officers responded to shots fired call on 2nd Avenue at approximately 5:30 a.m.  The department’s Hazardous Devices Unit was called to check the RV.  As those officers were en route, the vehicle exploded outside an A-T-&-T transmission building.  Multiple buildings on 2nd Avenue were damaged, some extensively.

Anyone with information about this case is asked to contact Crime Stoppers at 615-742-7463.”

Lumination will continue to update you as more information is released.