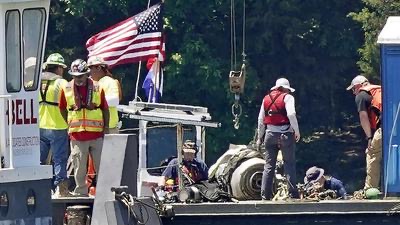 A private-plane crash in Rutherford County on Saturday claimed the lives of seven passengers, including that of Gwen Shamblin Lara, named Lipscomb’s Christian Business Leader of the Year two decades ago.

Lara was known for founding the Weigh Down faith-based weight-loss program in 1986.

The other three victims were Lara’s husband, Joe; Martin’s husband, David; and Walters’ husband, Jonathan. All seven were leaders of the Remnant Fellowship Church in Brentwood.

The plane crashed into Percy Priest Lake late Saturday morning. By Monday, recovery crews had pulled remains of the seven and both engines from the waters.

Gwen Shamblin Lara, ex-wife of David Shamblin, was named as Lipscomb’s Christian Business Leader of the year in 1998. Shamblin Theatre, adjacent to the Bennett Campus Center, is named for the family.

The National Transportation Safety Board and the Federal Aviation Administration are investigating the cause of the crash. It is expected to take a couple of weeks to conclude the preliminary investigation, but the NTSB’s complete examination and conclusions usually take up to two years.