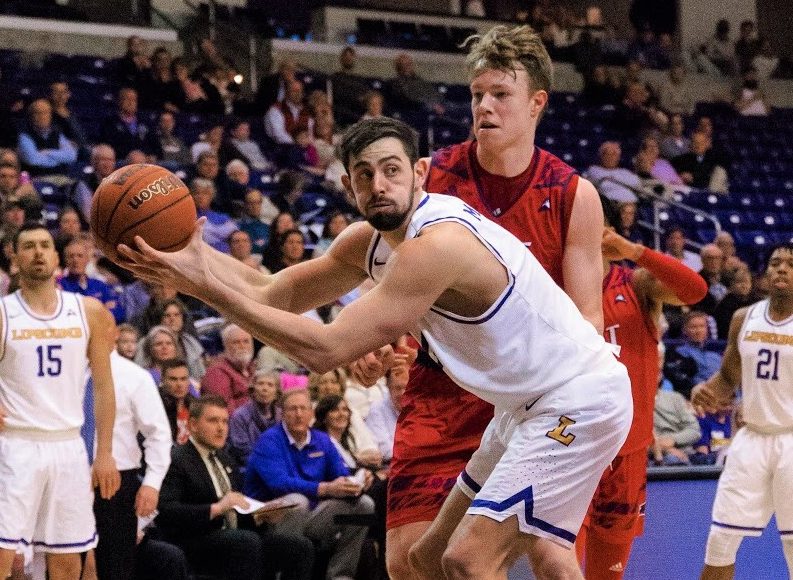 Rob Marberry, one of the leaders of the Lipscomb basketball team that made it to the NIT semis this year, is taking his basketball talents to Estonia.

On Wednesday, the Nashville native and standout forward who played high school ball for Franklin Road Academy, agreed to a deal with Estonian team KK Paulus Pärnu. KK Paulus Pärnu, which is also known as Pärnu Sadam, is a member of the Latvian-Estonian Basketball League.

When asked whether he thought that he would ever have the opportunity to play professionally, Marberry’s reply was “Honestly, no.”

“Looking back on high school, I didn’t have any indication on whether I would be a good college basketball player or not,” he said. “I had a rough patch my freshman year, not producing as much as I wanted to on the court. But, as time went on and I worked harder and harder, I saw it come in my vision.”

After graduating from FRA in 2014, Marberry played his freshman season at Western Kentucky as a walk-on for the Hilltoppers before transferring to Lipscomb, where he started all three seasons he played. As a starter for the Bisons, he was an all-conference player in all three seasons, including first-team selections in his junior and senior years.

“You can see that we were a really good, tight team toward the end, and I give that all to the coaching staff because they busted their butts watching film and working with us in practice,” Marberry said. “They really helped me, Garrison [Mathews], and Eli [Pepper] reach that next level, for sure.”

KK Paulus Pärnu is located in Pärnu, Estonia, a coastal town on the Baltic Sea. This area is surrounded by several different national parks. As of 2017, the population of Pärnu was 39,620.

“My agent called me early afternoon [on Tuesday] and said that I had a phone call with a coach in Estonia. So I did my research for about 10 minutes on Estonia, then the coach called me. I really didn’t have much information on it,” Marberry commented.

“But the coach has a little bit of broken English, and he asked me what I knew about Estonia. All I could tell him was that it was going to be cold in the winter. He laughed at that, and we hit it off from there on out.”

Last year, KK Paulus Pärnu made it to the Baltic League playoffs before losing in their quarterfinal matchup. Marberry’s ability to drive against opponents and convert the quick layup will be a huge asset for the team in the paint. In addition, his familiarity with the kind of basketball KK Paulus Pärnu plays will give him an advantage entering his rookie season.

“I think the team is going to be pretty good, so I’m excited to go in and try my hardest and try to be successful,” Marberry said.

“I watched a couple of their games and they have a really good offense that looks a lot like Lipscomb’s offense down the stretch. I’ve known that [offense] since I played in that system in high school under my high school coach, John Pierce, who played at Lipscomb. So hopefully, they stick with that again next year, and I can get some touches that I feel comfortable with.”

Even with Marberry’s familiarity with the offense, it will still be an adjustment for the Tennessean.

“The first thing I did was download Rosetta Stone and they don’t even have Estonian as an option. So we are going to have to figure something out, maybe Google Translate,” Marberry laughed. “It’s going to be a culture shock obviously…I just need to be resilient through my rookie year, see what life throws at me, and be ready for adversity.”