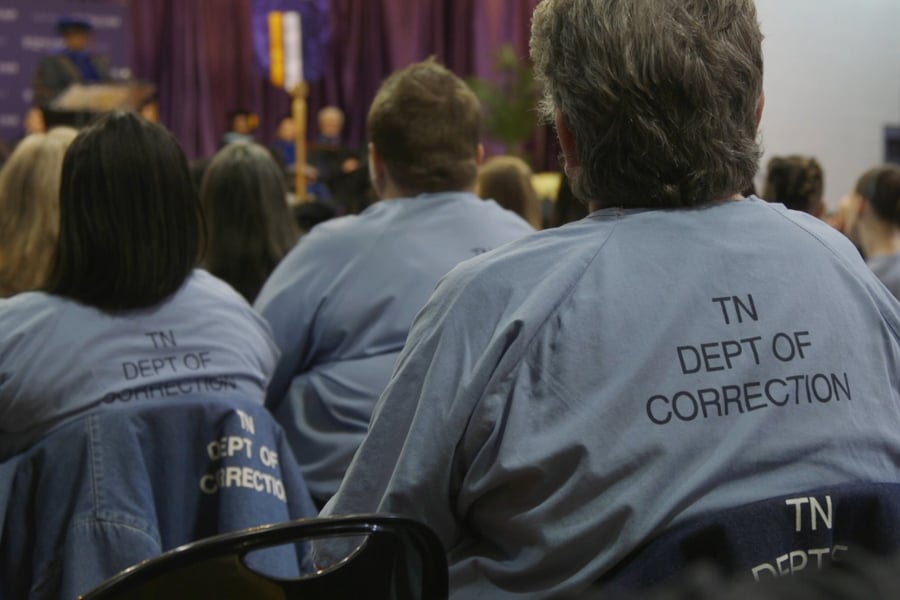 COVID-19’s impact on Lipscomb reached the Tennessee Women’s Prison, where a ground-breaking university program allowing traditional and incarcerated students to work together was cut short for the semester.

Each Wednesday night for about the last 12 years, inmates from the Tennessee Women’s Prison have studied side-by-side with traditional undergraduate students through Lipscomb University’s Initiative for Education (LIFE) program.

The program provides college courses taught inside the prison by Lipscomb professors. It allows those incarcerated to earn credit towards an associate, bachelor’s, or master’s degree.

But, due to COVID-19 concerns, the Tennessee Department of Correction suspended all visitors and volunteers, including traditional students from the LIFE program. Students enrolled on both sides of the bars were told the class meetings would be ending and it was left unknown when their educational paths would cross again.

“It was all really sudden and really tough,” said Emmeline Stuart, who has been a traditional student in the LIFE program for the past two years.  “A week before spring break we were told that it would probably be our last class.”

“What hurt the most was the women in the prison didn’t even know” Stuart, a senior, continued. “We talked to them and cried with them. None of us felt like there was enough time to even process it all.”

Stuart, a ministry and theology major, said the relationships she’s made while a part of this program have only increased her compassion for those incarcerated.

She said she hopes her post-graduation work will allow her to continue discussions around reconciliation and forgiveness, as well as to be an advocate for individuals who don’t have the same platforms and privileges.

Stuart said her heart breaks for those who can’t continue their education in the same way she can.

“For a few hours once a week, I wasn’t just an outside Lipscomb student and the inside students weren’t just inmates,” Stuart said. “My favorite part was that we were really classmates and friends.

“We were learning the same thing and learning how to love beyond just what we’ve gone through. The fact that our semester was cut so short, reminded me to hold onto the people I have while they’re still here.”

The Federal Bureau of Prisons on April 1 released new guidance on what life inside some prisons would look like, citing “aggressive measures” to limit the spread of COVID-19.

Inmates in various states are secured in their assigned cells/quarters and have limited access to congregate gatherings for the next 14 days.

However, officials at the Tennessee Department of Correction note the state prisons are not on lock-down.  “Many regular activities such as educational programs and inmate jobs are continuing,” reads a note on the TDOC web site.

Yet, these updates still leave the continuation of the LIFE program, even within the prison itself, in a stalemate. Unlike traditional students, residents of the prison aren’t allowed access to the internet, eliminating the option of online learning. Instead, LIFE students inside the prison were given packets to complete their work over the remainder of the semester.

“It was amazing to see how the women in there continue to take control and make the most out of their lives, regardless of where they find themselves,” said Stuart. “For many, I know it can be so easy to give up when you find yourself in a situation where you’re confined and limited. But, I know they’ll push through this and it gives me hope to push through as well.”