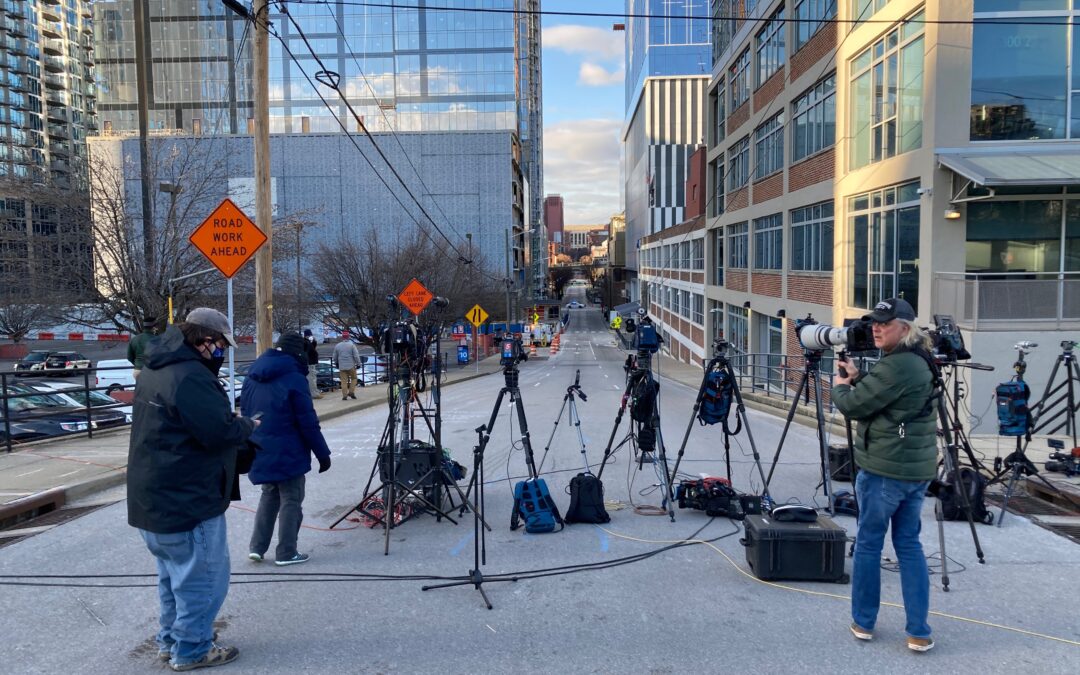 Early Christmas morning, many Nashville residents were awakened by the sound of an “intentional” explosion in the Broadway area. In the moments following, Metro Police and Nashville Fire Department attempted to piece together the source and reason for the explosion, which has since been tied to an RV parked near the AT&T Building.

“It is hard to see so much glass, litter, damage and debris,” said Nashville’s Mayor John Cooper in a press conference to reporters. “It looks like a blast site, which is hard to see on one of our historic streets.”

Investigations from local law enforcement found a recording, broadcasted from the RV, that warned of a bomb in the vehicle up to 15 minutes prior to the blast. The warning gave time for police to request a bomb squad and evacuate the area, sparing many lives. Three people were eventually hospitalized for non-threatening injuries, and possible human remains have now been discovered at the site, but it remains to be seen if these remains are those of a victim or a suspect.

Mayor Cooper declared the city under a state of civil emergency in the areas around James Robertson Parkway, Fourth Avenue North, Broadway and the Cumberland River. This action enacts a curfew in the area that goes into effect 4:30 p.m. Friday and is set to be lifted Sunday, December 27 at 4:30 p.m.

I have signed Executive Order 12 to issue a state of civil emergency proclaimed within the area bounded by James Robertson Parkway, 4th Ave north, Broadway and the Cumberland River. A curfew will start at 4:30pm, Friday Dec 25. and be lifted Sunday, December 27 at 4:30pm. pic.twitter.com/jZ484LrHZ7

Effects from the explosion are reaching far outside the downtown area, as AT&T reports damage from the explosion has caused widespread internet and phone outages in Tennessee and Kentucky and flights were temporarily grounded at Nashville International Airport due to these telecommunication issues.

We are aware and appreciate your patience, Joy. Service for some customers in Nashville & surrounding areas may be affected by damage to our facilities from the explosion this morning. We are in contact with law enforcement & working as quickly as possible to restore service.

Lumination will continue to keep you updated as this story develops