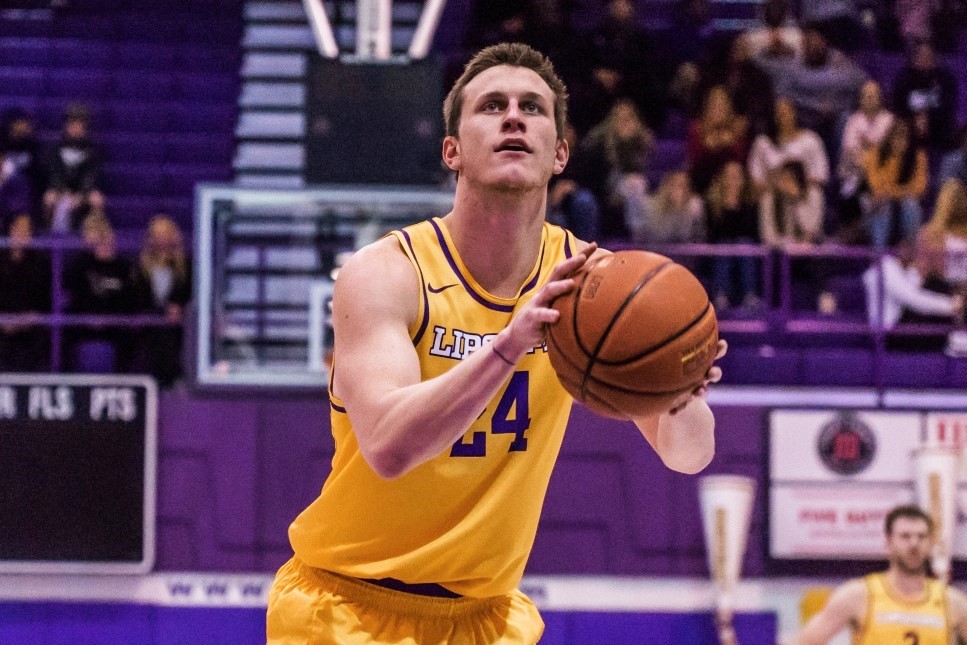 Lipscomb guard Garrison Mathews is quickly gaining attention as he prepares for his professional basketball career.

The latest development? He now has his own Wikipedia page.

“I didn’t even know I had one,” he said with a laugh. “I guess I’m making a name for myself, huh?

Mathews just returned from the Portsmouth Invitational Tournament, where his Portsmouth Partnership team won the championship with a 90-81 win over Sales Systems, Ltd. on Saturday.

He averaged nine points over three games, performed well during agility and athletic tests and spoke with representatives from at least nine NBA teams.

“It was overall a really good experience just to spend time with [the other prospects] and to show what I can do against some higher-level guys,” Mathews said.

Mathews, who measured at 6-foot-6 in shoes, scored 15 points and made three shots from beyond the arc in his second game, an 83-71 win over Portsmouth Sports Club. He also pulled down 12 total rebounds in his three games, which were attended by Lipscomb assistant Sean Rutigliano and Director of Basketball Operations Adam Notteboom.

“I didn’t shoot it as well as I would’ve liked to, but that wasn’t my ultimate goal in [Portsmouth],” he said. “My mindset was to show that I can guard higher-level guys, and that I can rebound and do the little things. If I make it to the NBA, I don’t know if my role will necessarily be as a scorer. But I want to be the guy that can come in and knock down open shots and play some defense.”

Portsmouth Partnership runs the inbound to perfection and it results in a 3PM for Lipscomb’s Garrison Mathews #PIT19 pic.twitter.com/YfkXzdBgIx

The Franklin native recently signed Chris Patrick of the Sports Law Group to be his agent, and he will report to Myrtle Beach, South Carolina on May 6 to continue draft preparation. Mathews is set to train and workout with other prospects, including San Francisco guard Frankie Ferrari, who will be his roommate for the summer.

No Lipscomb player has ever appeared in an NBA regular season game. Darren Henrie nearly made the Atlanta Hawks out of preseason camp in 1992, but he was the final player cut from the team. Mathews can make history if he does reach the league – a pipe dream for him coming out of high school.

Despite being lightly recruited, Mathews went on to score 2,480 career points and shatter numerous Lipscomb records. He won ASUN Player of the Year honors this season.

“There was no chance,” Mathews said. “I had no clue this would be where I would be. It’s taken a lot of hard work and a lot of people pouring into me and helping me out.”

One of those people is trainer Jordan Romine, who has worked closely with Mathews to help him become a better shooter and a more versatile player. The two are planning to stick together as Mathews begins his pro career.

“Whatever team I make, he’ll be there with me and live with me,” Mathews said. “That’s been the plan forever. I wouldn’t be here without him, so I want him to be with me.”

Mathews said his agent told him he could be a late second round pick. If not, he could get an NBA summer league invite or a free agent deal. He will likely participate in several workouts with individual teams ahead of the June 20 draft.

“I’m willing to do a two-way contract, and I think that may help me get into the second round,” Mathews said. “It’ll really depend on how I do in these workouts when teams call for me in May.”